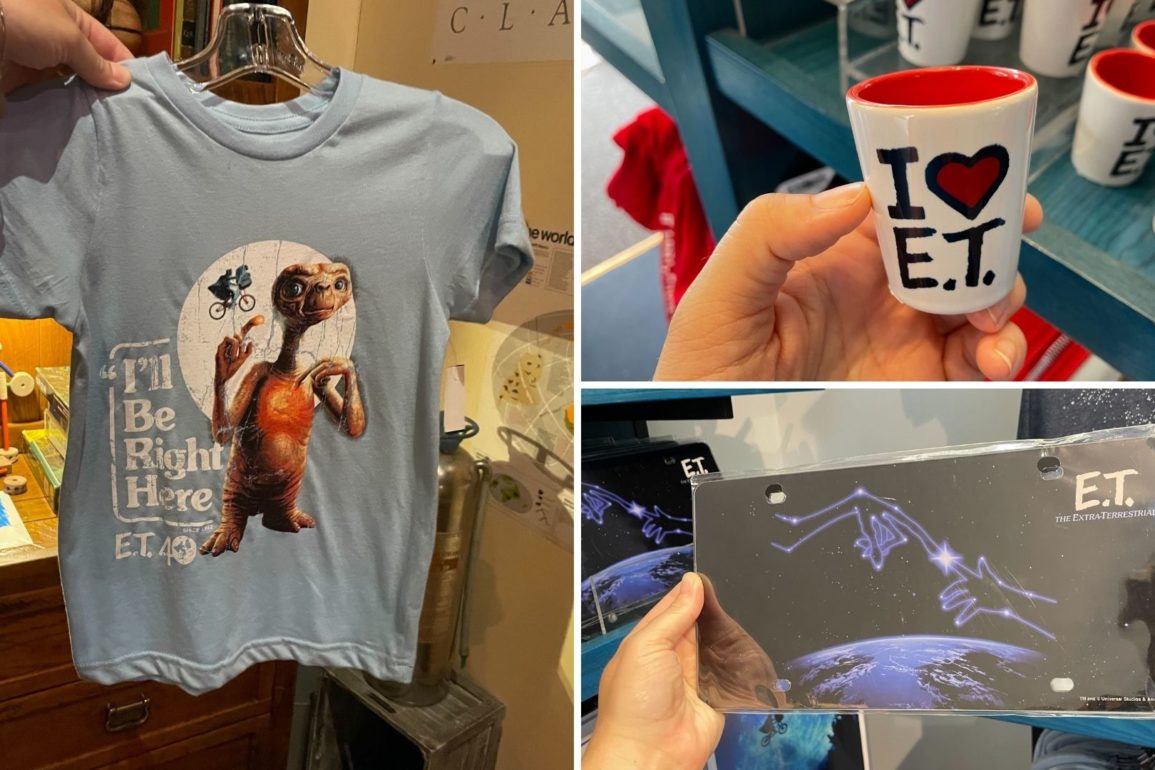 A few more “E.T.” items have arrived at Universal Studios Florida, including a shirt, diorama, and pin. We found all of these in E.T.’s Toy Closet, and most in the summer Tribute Store, too.

This is a diorama of the iconic film moment when Elliott rides his bicycle through the air, with E.T. in the basket.

The diorama includes trees and a picnic basket below them.

E.T. is wrapped in a white blanket, while Elliott is in his red hoodie.

The diorama is by D-Stage and is number 089.

There are two similar magnet clips. Both feature a starry sky, with a design made out of purple lines.

The design on the first is E.T. and Elliott’s fingers touching.

The second features the “E.T.” logo spelled out in the stars.

The “E.T.” logo and Earth are below their hands.

The same image is on this license plate.

This white ceramic shot glass reads “I <3 E.T.” The letters are black, while the heart is red with a black outline.

The inside is red.

Finally, we found this blue shirt. It features E.T., with his finger and chest glowing. The moon is behind him, and so is the silhouette of him in Elliott’s bike.

There’s also a logo for the 40th anniversary of the film.

Check out more “E.T.” merch and our full tour of the summer Tribute Store.