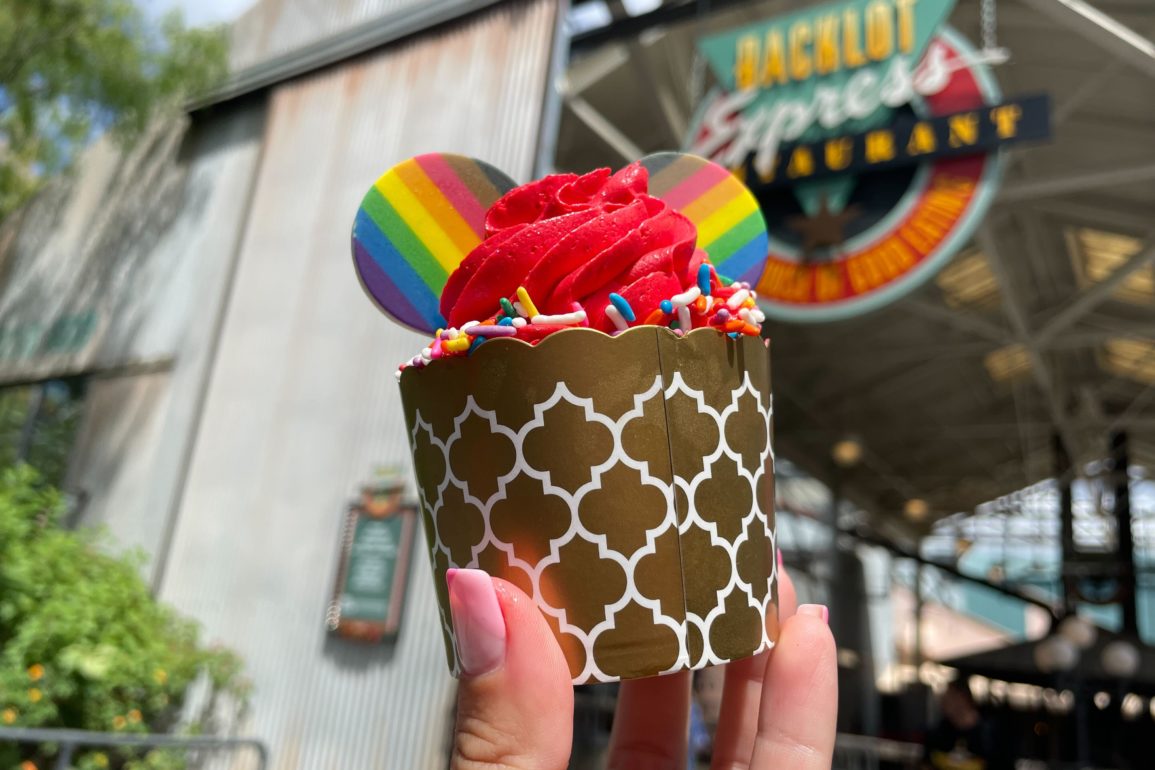 REVIEW: Pride Cupcake is a Frosting-Lover’s Dream (But Our Nightmare) at Disney’s Hollywood Studios

Kickoff Pride Month with the new Pride Cupcake at Disney’s Hollywood Studios. We picked ours up at Backlot Express, but it’s also available at ABC Commissary.

The cupcake is cute, with the dollop of red berry buttercream, the circle of colorful sprinkles, and the Pride flag Mickey ears.

You can watch a video review as part of our full coverage on the Pride Month treats this summer at Walt Disney World, or keep on reading for more details and photos.

It appears to be a standard cupcake. However, we found that looks can be deceiving.

Once unwrapped, we found that the already-generous serving of frosting was, in fact, just a topper for another thick layer of buttercream.

Seriously, there was more frosting than cake. It’s a shame, because the cake itself was moist and light.

The raspberry filling added a nice tartness. If there had been less frosting, it would have balanced the sweetness.

There are so many cupcake choices around Walt Disney World that won’t give you a stomach ache from frosting overload that we can’t recommend this. Instead, for a sweet treat at Disney’s Hollywood Studios, go to Rosie’s All-American Café for the S’more Cupcake or Pride Dome Cake.