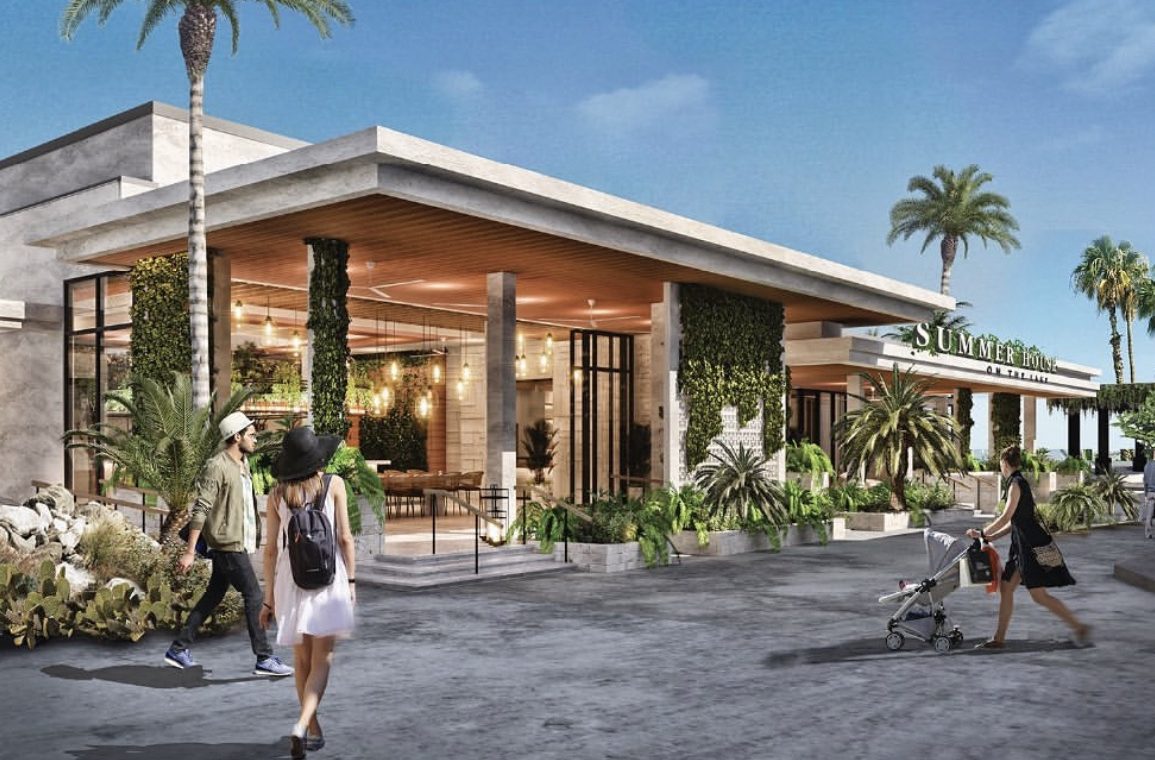 A new restaurant has finally been announced for the space formerly planned for Beatrix, which was canceled last year. The new location is a spin-off of the popular Chicago and North Bethesda, MD restaurant Summer House Santa Monica named Summer House on the Lake.

Summer House on the Lake will take the location formerly reserved for the Beatrix Restaurant, which was canceled last year. Nearest to that area are the AMC Theatres Disney Springs and the newly-opened Salt & Straw, which itself took the place of another canceled eatery.

Disney and Lettuce Entertain You had previously announced that Beatrix was merely “on hold” after we revealed its cancellation last year, but it seems they decided not to go forward with that particular project. Lettuce Entertain You is the owner of both Beatrix and Summer House Santa Monica, which are both considered Chicago staples.

The interior is mostly white with wood and wicker accents all around, fitting their typical restaurant aesthetic at their other two locations.

No further details have been announced, so keep watching WDWNT as this story develops.