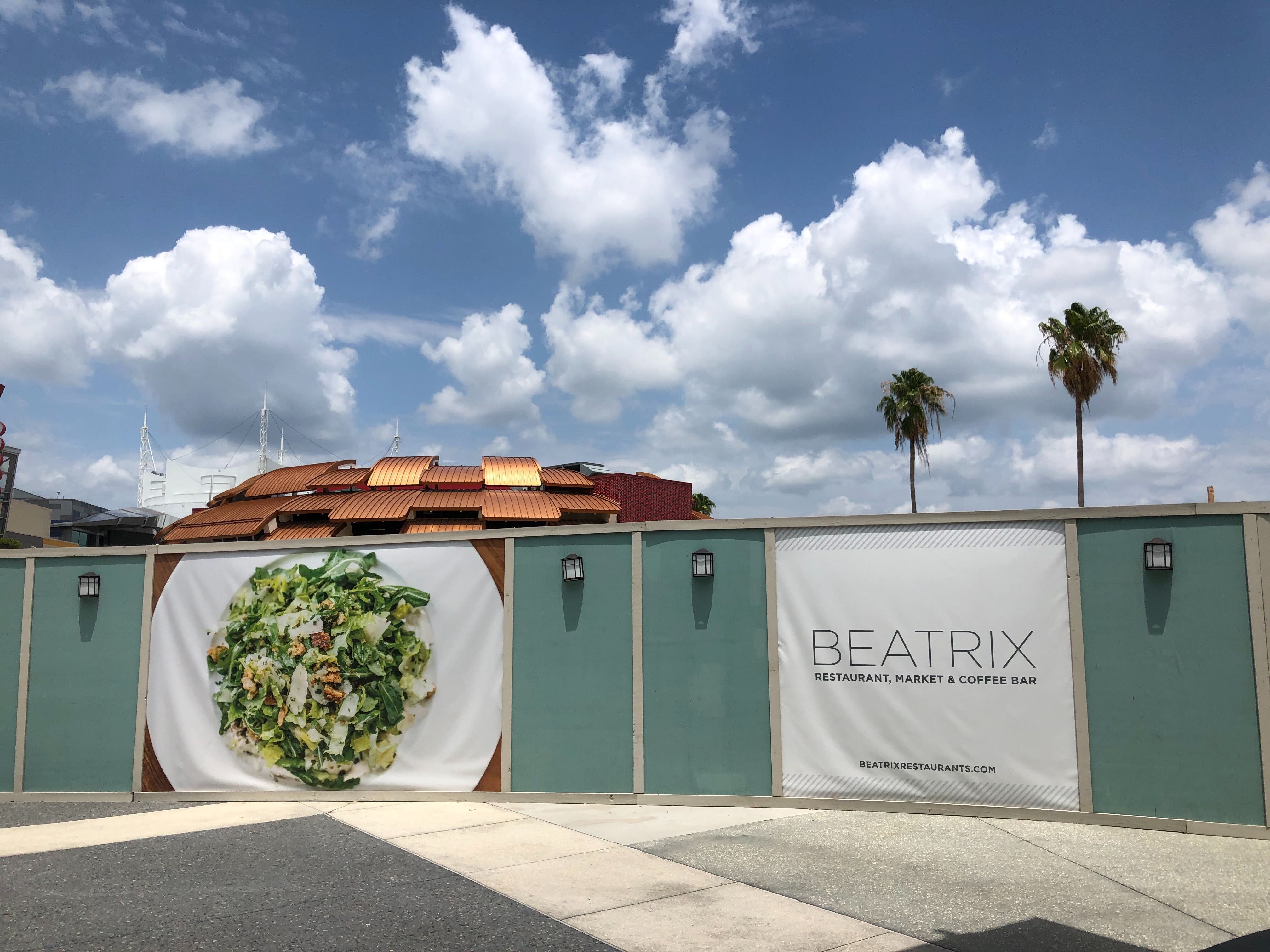 In August 2019, it was announced that Beatrix Health Foods was to replace Bongos at Disney Springs. The project has now been canceled and Disney is reportedly developing new plans for the empty site.

Construction seemingly began on Beatrix but we had not seen much progress in the past year. Crews are now capping off utilities of the empty site until a new project is chosen for the space.

After the publishing of the above, Lettuce Entertain You Restaurants, which owns Beatrix, reached out to tell us that the project has not been canceled. Because of COVID-19, construction was indefinitely postponed and they have apparently agreed with Disney that the property would be turned into green space until the project has restarted.

Given the number of postponed, canceled, and forgotten projects at Walt Disney World Resort due to COVID-19, whether or not Beatrix ever actually opens at Disney Springs remains to be seen.