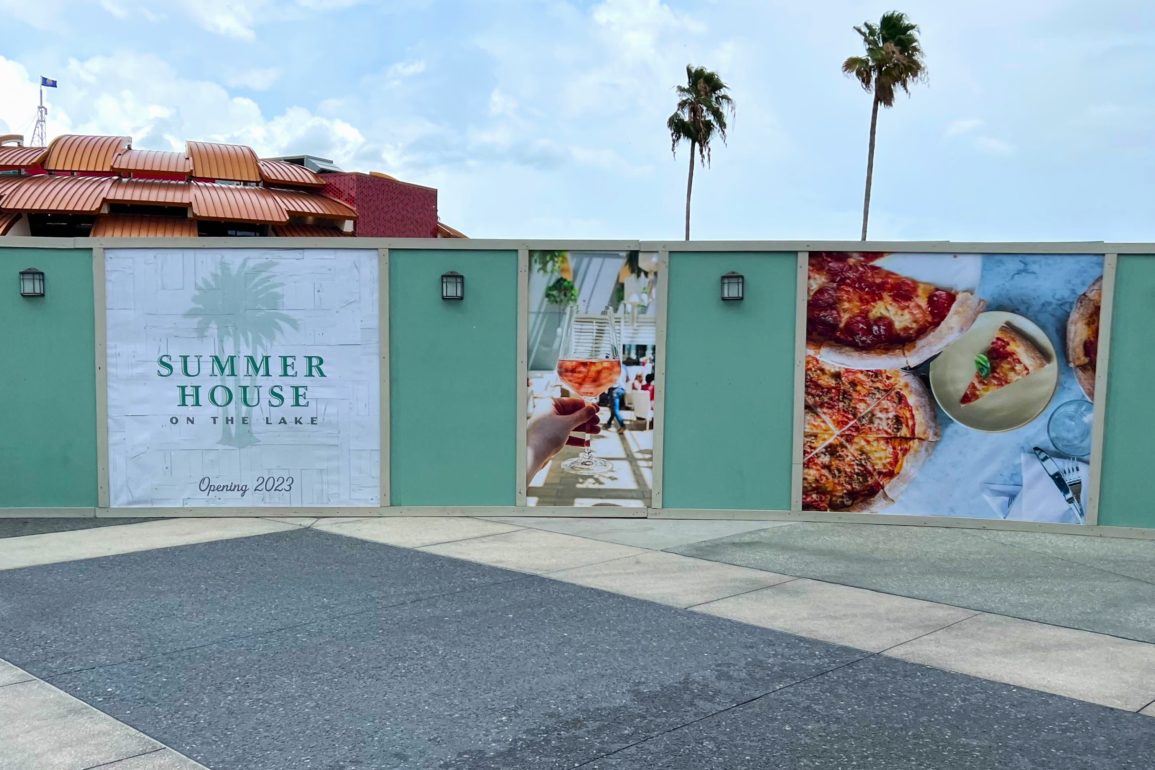 The new restaurant will be next to Jaleo.

The images show off some of the food and drink that will be available when the restaurant opens.

From above, we can see that there has been no vertical construction yet.

An excavator is parked inside the construction walls.

Cones outline some of the barren land.

The new restaurant is a spin-off of the popular Chicago and North Bethesda, MD restaurant Summer House Santa Monica. Its owned by Lettuce Entertain You, which also owns Beatrix.

Disney and Lettuce Entertain You had previously announced that Beatrix was merely “on hold” after we revealed its cancellation last year, but it seems they decided not to go forward with that particular project.

Nearest to that area are the AMC Theatres Disney Springs and the newly-opened Salt & Straw, which itself took the place of another canceled eatery.