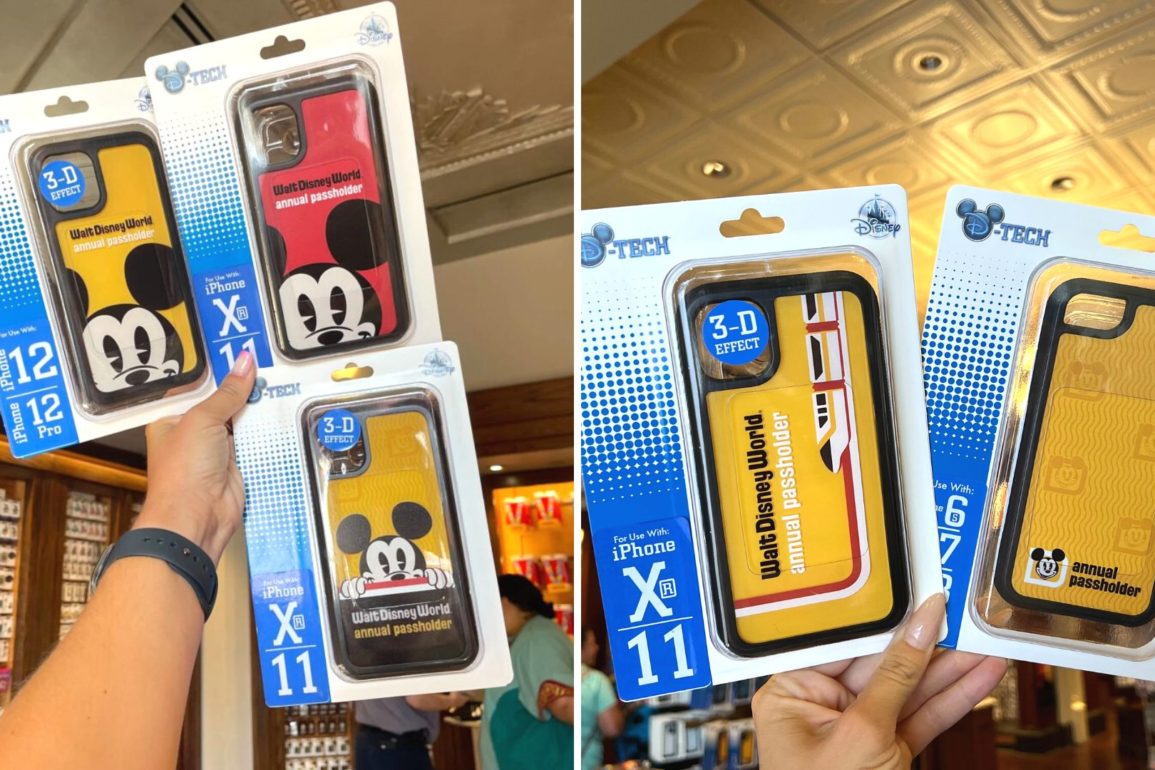 Five new Annual Passholder phone cases featuring Mickey Mouse and the Monorail are now available at Walt Disney World. We found three in The Darkroom at Disney’s Hollywood Studios and two in the Emporium at Magic Kingdom.

The three featuring large images of Mickey were in Disney’s Hollywood Studios, while the other two were at Magic Kingdom. They were in various iPhone sizes.

This case is red, with a black edge. Mickey is peeking out from the bottom half of the case.

Above Mickey, “Walt Disney World” is in black letters and “annual passholder” is in white letters.

This phone case has a yellow background, patterned with wavy lines and Mickey’s face in “D” shapes.

The bottom section is black, reading “Walt Disney World annual passholder” in white and yellow letters. Above the black section are white and red stripes. Mickey peeks out from behind these, with the 3-D effect adding dimension to the mouse.

This one has a solid yellow background, with Mickey at the bottom.

It’s the same design as the red case, but Mickey is popping out with a 3-D effect.

This one is yellow with wavy lines and subtle images of Mickey’s head in “D” logos.

“Annual passholder” is printed in black on the bottom, with a small image of Mickey in a white “D.”

Finally, this phone case has a Monorail running down from the top of it.

The Monorail is white and black, with a yellow stripe down the center of it. It runs along white and red stripes against a solid yellow background. “Walt Disney World” is in black letters and “annual passholder” is in white letters.

Check out these new Vault Collection phone cases, too.

Will you be using one of these Annual Passholder phone cases? Let us know in the comments.