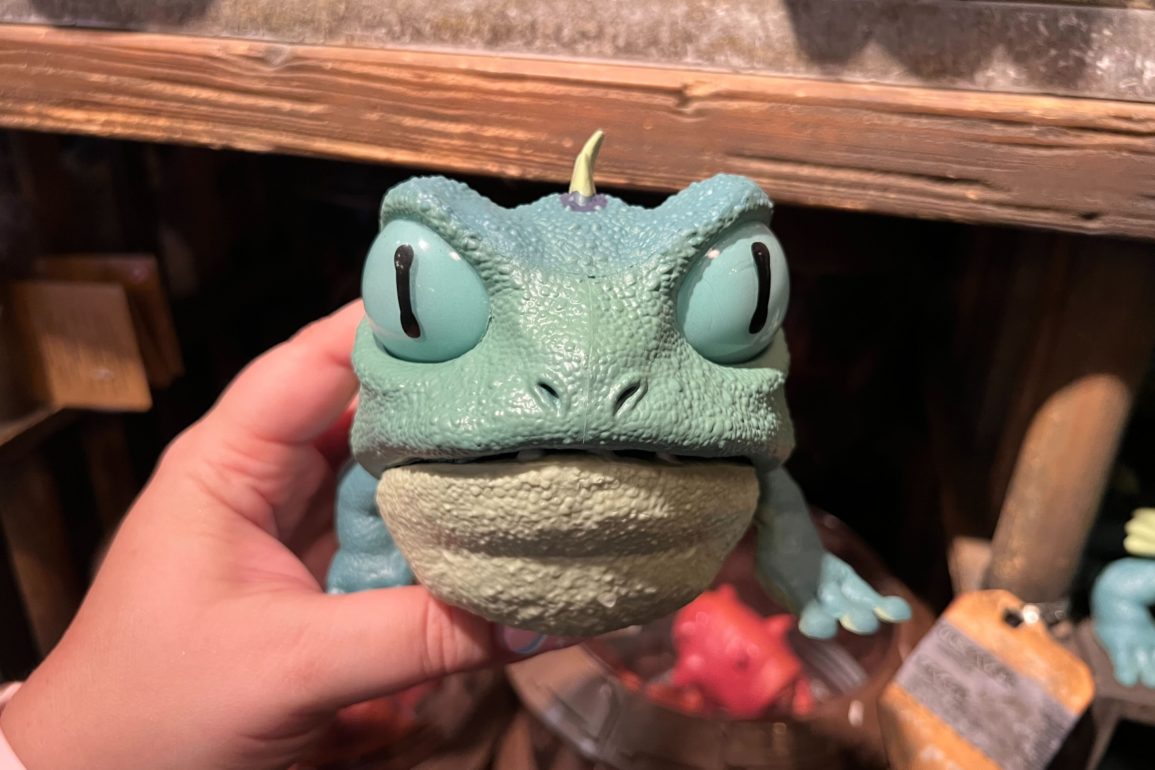 Adopt a Gorg From the Creature Stall in Star Wars: Galaxy’s Edge at Disney’s Hollywood Studios

One of the new pieces of merchandise teased at Star Wars Celebration last month was a Gorg toy coming to the Creature Stall at Black Spire Outpost. The amphibian first arrived at Star Wars: Galaxy’s Edge in Disneyland and is now available in Disney’s Hollywood Studios.

“Gorg” is a catch-all term for small, amphibious creatures across the galaxy. This particular breed of Gorg was first seen in “Star Wars Resistance,” and is native to Castilon, a mid-rim planet not far from Batuu.

Its mouth opens and closes.

These Gorg are blue-green with purple stripes and have small, sharp teeth.

They have large bug eyes and are colloquially known as “the womp rat of the sea.”

Will you be adopting a Gorg from Batuu? Let us know in the comments.