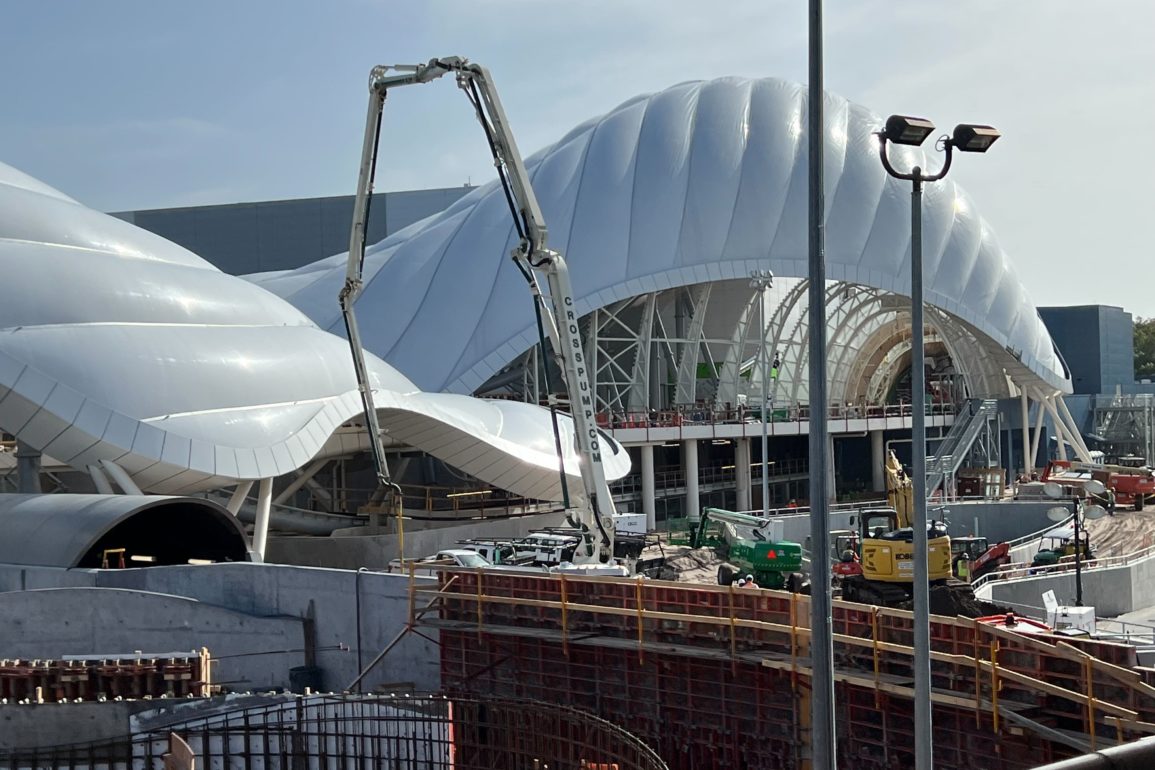 The Walt Disney World Railroad has been closed since late 2018 due to construction of the new coaster.

The railroad will eventually go through a tunnel beneath the coaster.

Crews have been working on a walkway that will also go beneath the coaster, connecting Tomorrowland directly to Storybook Circus. The foundation of this walkway is visible beneath the already constructed walkway that leads to the entrance of TRON Lightcycle / Run.

Multiple construction vehicles are parked around the site.

The pump is parked next to the tunnel, beyond the walls currently under construction.

The walls separate the walkway from the tunnel and backstage areas.

It wasn’t apparent if the concrete pump was in use when we passed by on the Tomorrowland Transit Authority PeopleMover.

The walls are mostly just rebar and wood right now, but some sections have been encased in concrete.

More construction vehicles and trucks are parked on the other side of the walls.

Lights are on inside the Walt Disney World Railroad tunnel. Track rails were installed inside a few days ago.

On the exterior, decorative towers were removed, and the small awning was extended. Crews have attached a large metal frame to this corner.

Blue and white tarps cover some of the extended awning.

Guests will walk past or through this shop to reach TRON Lightcycle / Run.

During exterior construction, the side doors have been blocked.

Tomorrowland Light & Power Co. is scheduled to be closed for only a week. Disney has yet to announce an opening date for TRON Lightcycle / Run or Walt Disney World Railroad.