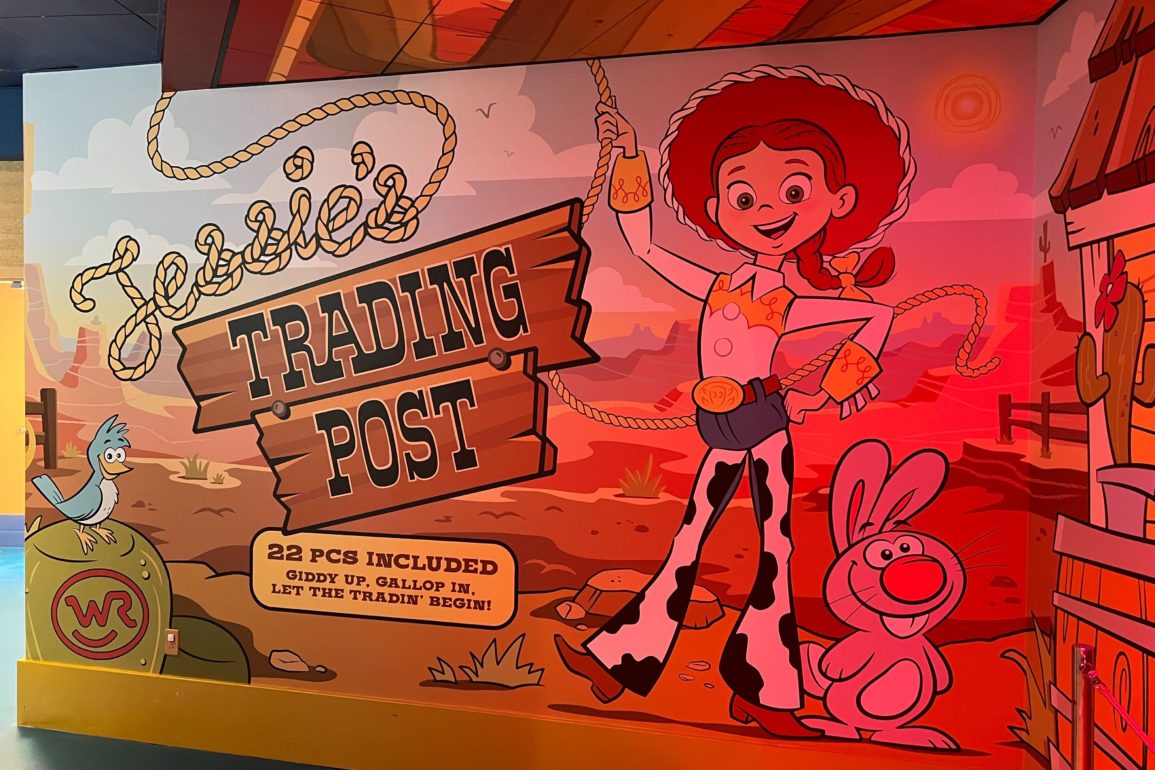 A mural for Jessie’s Trading Post, a new themed gift shop in Toy Story Land at Disney’s Hollywood Studios, has been installed at the exit of Toy Story Mania.

There was previously a small gift shop at the exit of the ride, but it wasn’t very themed. It was closed earlier this year to make way for Jessie’s Trading Post.

The new mural features Jessie with a lasso making her name.

Jessie has some friendly critters around her.

On the adjacent wall are doors to the store, but it is not open yet.

The doors are set in a mural resembling a farmhouse.

This mural is next to the current exit doors for the attraction.

The rest of the Toy Story Mania exit has also been updated. There are giant “drawings” by Andy of Woody and Mr. Potato Head.

This one has Sheriff Woody trying to lasso Mr. Potato Head as One-Eyed Bart.

It says, “Bart will never get away! Woody always saves the day!!!”

A circus puzzle is on the wall after this drawing.

Another drawing of Woody and Bullseye is on the wall after. It reads “Sheriff Woody is on the trail!”

The wall across resembles an overturned box for Bullseye.

There’s a “Woody’s Roundup” tower pictured on the box.

Previous
PHOTOS, VIDEO: Get Your Groove On in a Dance Off with the Guardians of the Galaxy in Avengers Campus at Walt Disney Studios Park in Paris