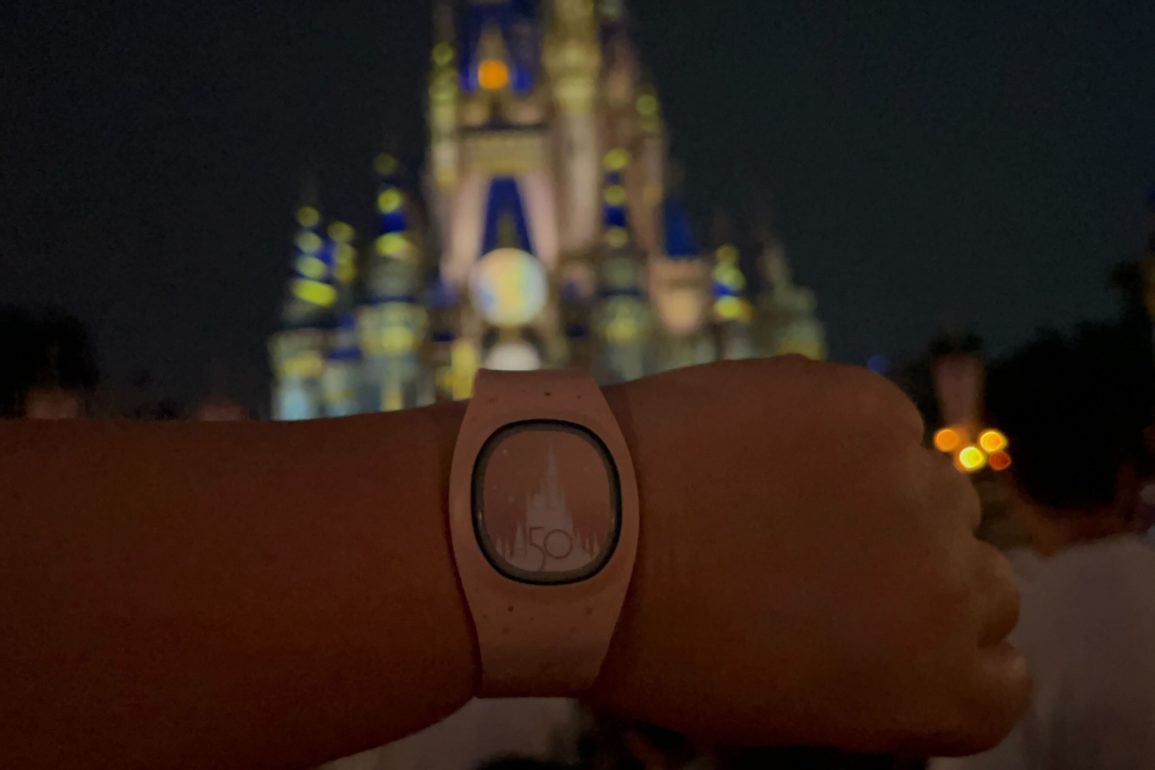 While we’ve been out and about testing our MagicBand+ with the various nighttime spectaculars and Beacons of Magic around Walt Disney World, we figured it was time to take the band over to the Magic Kingdom, heart of the 50th Anniversary celebration itself! But we found ourselves supremely disappointed with the results.

As it turns out, MagicBand+ doesn’t interact with the Cinderella Castle Beacon of Magic show at all. During the entire show, our bands didn’t light up once, unlike the other two shows we tried so far. And we had two of the new bands around just to make sure.

Considering even the Disney’s Hollywood Studios show lights up once, it was disappointing to see the bands we wore not work at all, particularly at the heart of the 50th Anniversary celebration.

It’s worth noting that our bands did light up once “Disney Enchantment” began a few minutes later, so it didn’t seem like there were issues with receiving signal on the bands.

What are your thoughts on MagicBand+ at nighttime spectaculars? Let us know in the comments below!