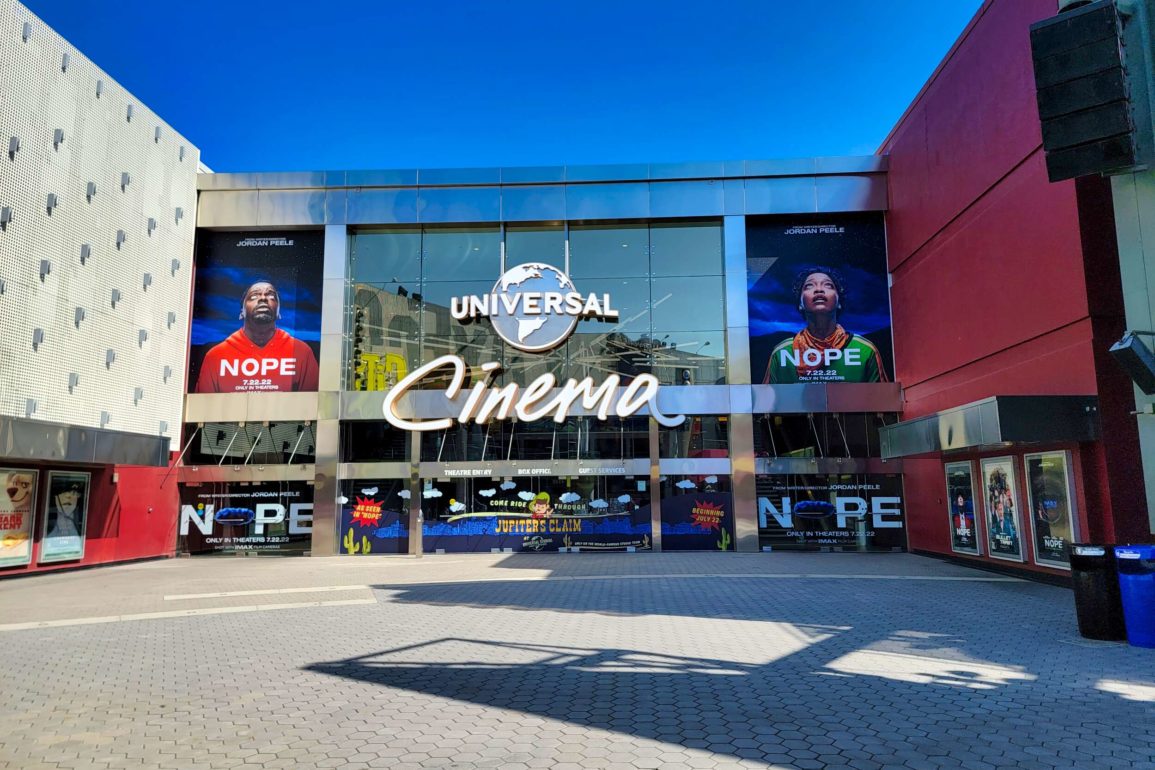 Toothsome Chocolate Emporium and Savory Feast Kitchen is seeing some progress again, as the two giant red towers are surrounded with scaffolding.

Universal is gearing up for “Nope” to debut in theaters on July 22 and for the town of Jupiter’s Claim to debut on the Studio Tour the same day. Universal Cinema now features wraps for the film along the front windows.

And, notably, the wrap promotes the new attraction on the Studio Tour.

Inside the park, a small selection of merchandise from “Nope” has debuted.

The shirts all come directly from the roadside attraction of Jupiter’s Claim, as though brought back as souvenirs from the fictional park.

A new Jurassic World popcorn bucket has arrived at Universal Studios Hollywood, complete with light-up symbol and a baby dinosaur.

Along with the popcorn bucket, we also got another addition to the Hammond Collection of dinosaur toys. This time, it is a small Velociraptor toy that comes with a hefty $50 price tag.

Outside at the leather vendor, we have some new Gudetama leather items including keychains, bracelets and more.

Super Nintendo World is coming along nicely, with more decorations and embellishments added all the time.

The present heat wave is almost over, but until it passes, we are frequent visitors of water rides.

Our Martini Shot of the day is a farewell from Julia the Triceratops. She posed for us in front of the Jurassic World show building, making for an imposing photo.