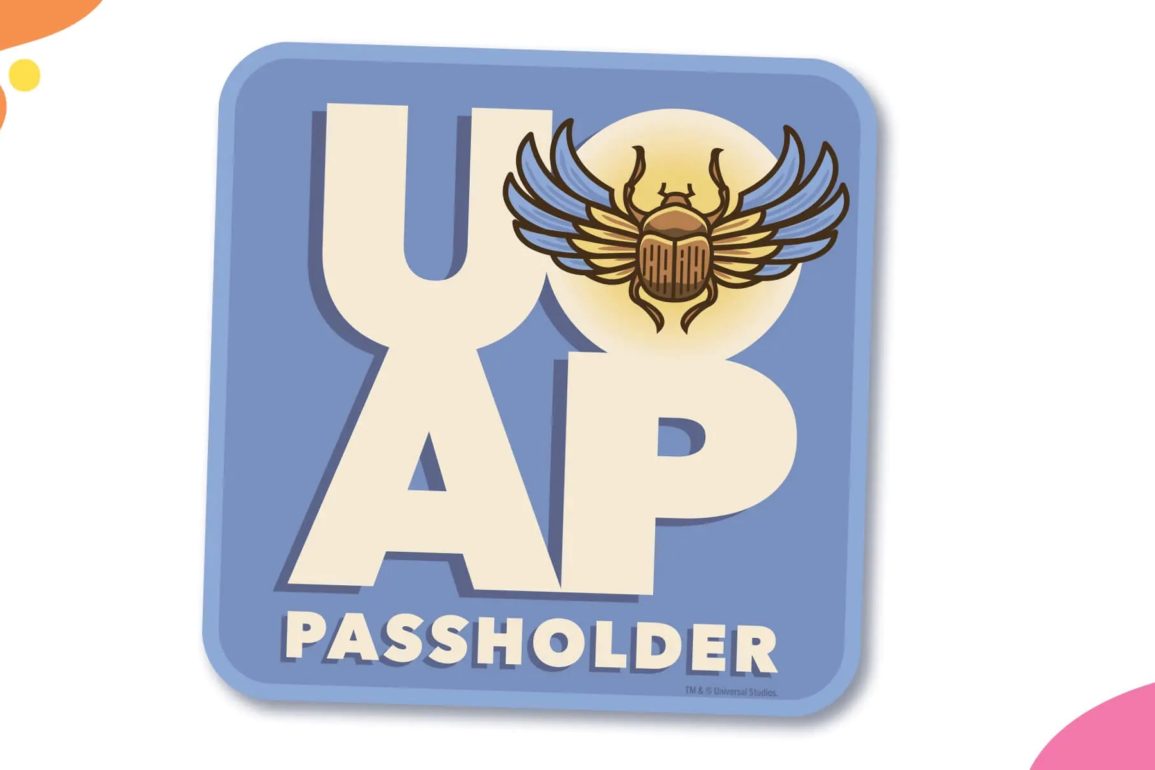 Exclusive Revenge of the Mummy Magnet, Plus Special Merchandise and Food Coming to Passholder Appreciation Days 2022 at Universal Orlando Resort

A complimentary Revenge of the Mummy-inspired magnet will be available exclusively to Universal Orlando Resort Annual Passholders this summer as part of Passholder Appreciation Days 2022. Passholders will also be able to enjoy exclusive merchandise, food, and beverages.

The magnet features a scarab from Revenge of the Mummy — which will hopefully reopen soon. The scarab sits in the “o” of “UOAP,” which is white against a blue background. The magnet will be available at the UOAP Lounge and Toon Extra starting on the first day of Passholder Appreciation Days.

Passholders will also be able to purchase exclusive merchandise, including apparel.

All eight Universal Orlando Resort hotels will also have special offerings and rates for Passholders.

Exact details will be announced as we get closer to Passholder Appreciation Days 2022, which begin on August 15 and run through September. What are you most excited about? Let us know in the comments!