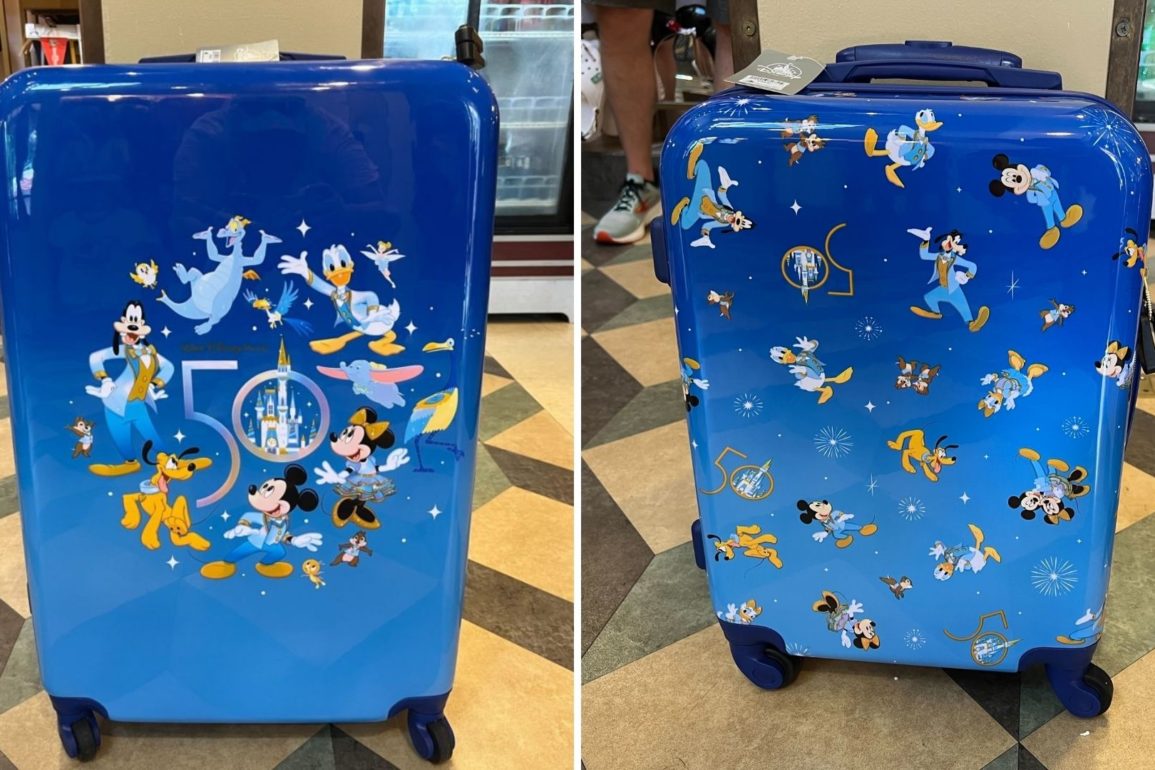 A new set of luggage celebrating the 50th anniversary of Walt Disney World is now available. We found these suitcases in Celebrity 5 & 10 at Disney’s Hollywood Studios.

This larger suitcase has a hard exterior and wheels on the bottom.

It is covered with a blue ombre. Disney characters surround an EARidescent “50” on one side. Cinderella Castle rises from the zero of the “50.”

It has dark blue handles on the top and side and of course a slide-up handle.

The zipper pulls are golden metal, with Mickey head cutouts.

The back is blank except for the blue ombre.

The zipper is dark blue.

There are blue pieces on one side for the luggage to sit on.

This case is smaller and has the same blue ombre.

Instead of the one image of Disney characters and the 50th anniversary logo, it has an all-over pattern.

It features Mickey and friends in their 50th anniversary costumes, among white fireworks and the 50th logo.

It also has blue pieces for resting the suitcase on its side.

The pattern continues on the back.

The handles are dark blue.

Check out this Mickey Mouse luggage also available at Walt Disney World. What kind of Disney suitcase do you have?