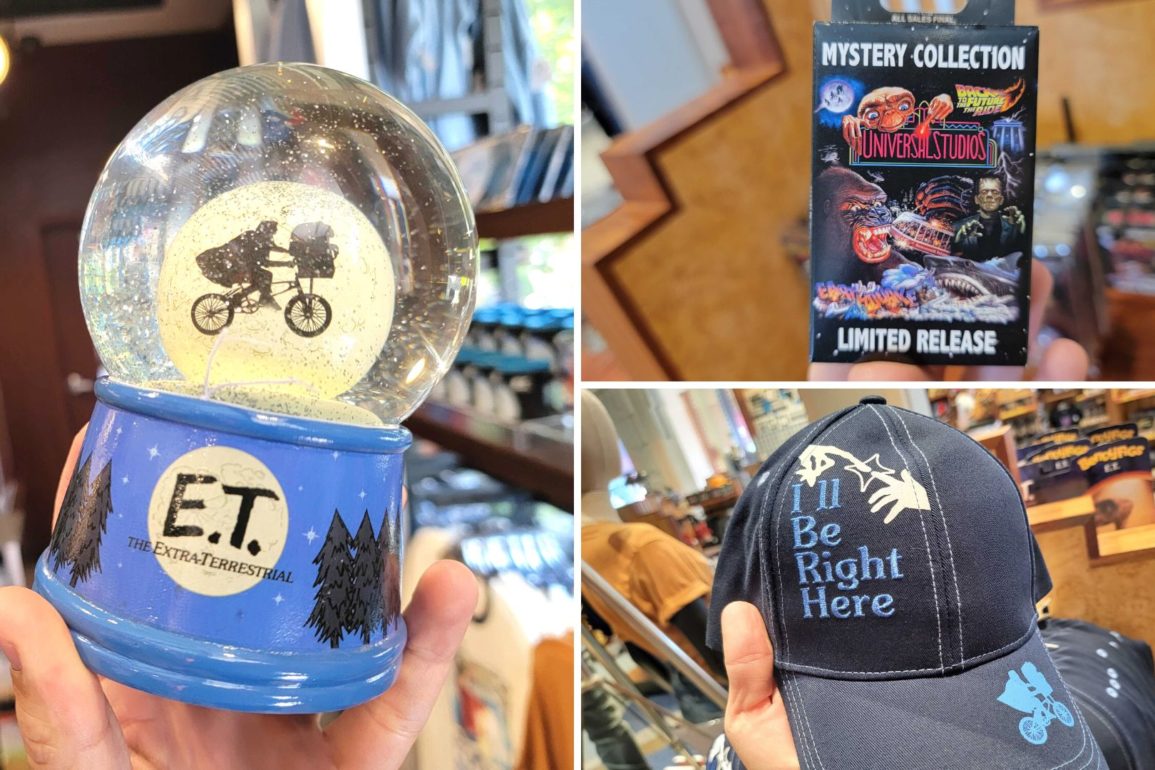 There are nine pins in this mystery collection. Each box contains two randomly selected pins.

Each pin features a retro Universal Studios marquee and a character or iconic image. There is a chaser pin with a limited edition size of 500.

Judging by the silhouette, the chaser pin features Woody Woodpecker. Other pins feature Chilly Willy, Scooby Doo, the DeLorean and clocktower from “Back to the Future,” and the shark from “Jaws.”

Some of the pins were on display.

This ball cap is dark blue with white stitching. “I’ll be right here” is embroidered in light blue on the front. The white silhouettes of E.T. and Elliott’s fingers touching are above the words.

The silhouette of E.T. in the basket of Elliott’s bike is in blue on the brim.

This snow globe has a blue base featuring the “E.T.” logo over the full moon. Dark pine trees are to either side. Inside the snow globe is a three-dimensional moon with the silhouette of E.T. and Elliott on the bike.

More kids on bikes are silhouetted on the back of the base, among white stars.

We found the mystery pins and ball cap at the Universal Studio Store Upper Lot. The snow globe was in Production Central.

How are you celebrating the 40th anniversary of “E.T.” this year? Let us know in the comments and check out more E.T. merch.

Next
Teaser and Poster Released for ‘National Treasure: Edge of History’ Coming Soon to Disney+