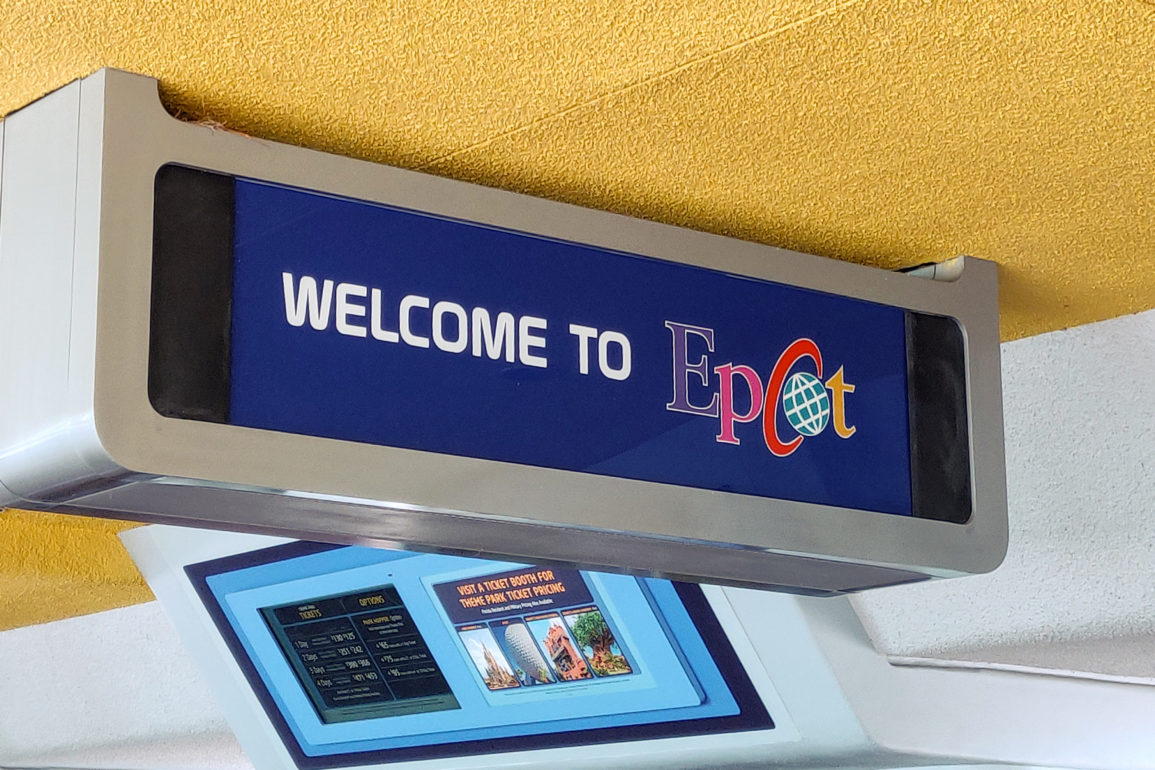 Various signs have been removed from the main entrance to EPCOT, including “Welcome to Epcot” signs that featured an old logo for the park dating back to the 1990s.

Here’s a look at one of these signs, which hung from the ceilings near the ticket booths. “Welcome to” was in white lettering, while “Epcot” (with mostly lowercase letters) was in large colorful lettering with a globe in the “o.”

The park’s name is now usually stylized in all uppercase letters.

There were two of these hanging signs, one in each bank of ticket booths to the left and right sides of the entrance. Both are now gone.

We can barely see where they used to hang.

There are some fresh patching and paint spots at their old locations.

Meanwhile, the two transportation signs are gone from next to this singular ticket booth at the Monorail station. These signs were silver and blue. One pointed to the buses, while the other advertised the Monorail.

“Epcot” was also mostly lowercase on these signs, the style which is being phased out as part of EPCOT’s overhaul.

Stanchions surround the old location of one of these signs.

The pavement has been removed and a temporary wood surface sits in its place.

A Monorail Cast Member told us that a new sign will be installed in this location, but it will reflect the current style of other EPCOT signage, such as the overhead Monorail sign which was replaced at the station last year.

How do you feel about these signs being removed/replaced? Let us know in the comments.