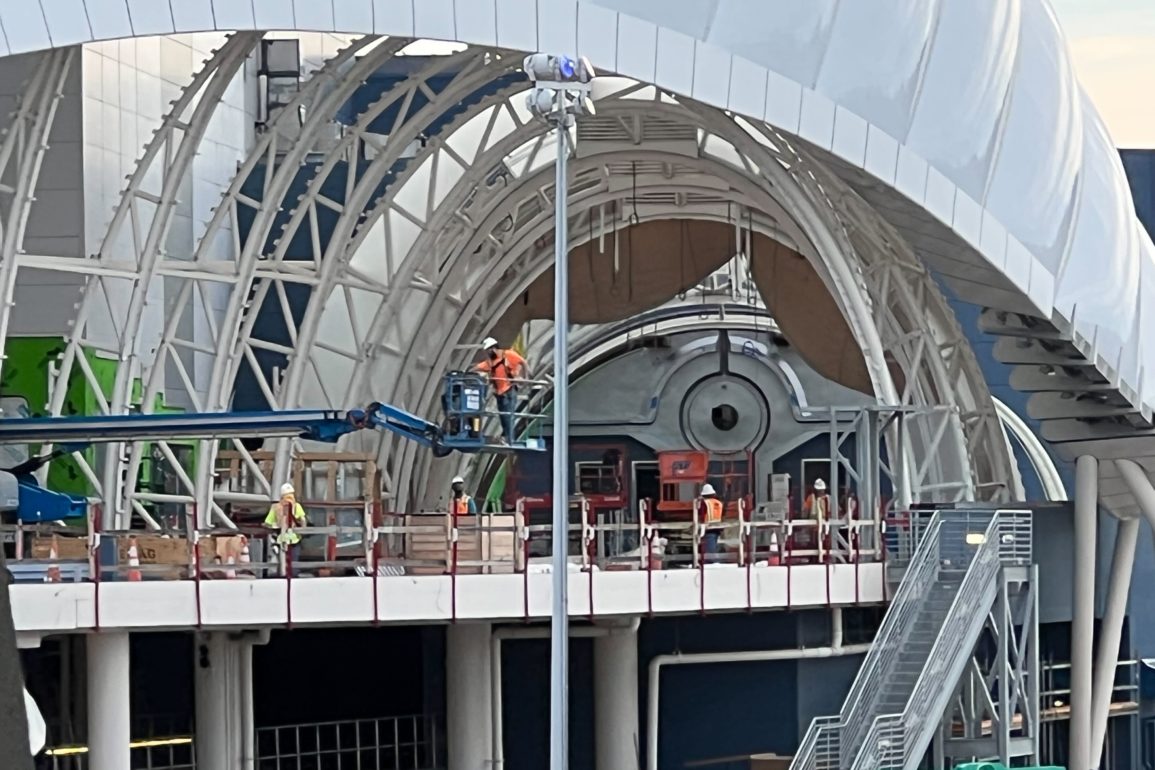 Several concrete walls are on the ground, leading out from the main walkway. A second walkway will be constructed beneath the first.

Crew members were working on another wall that stretches between the walkway and Walt Disney World Railroad tunnel.

A sign for TRON Lightcycle / Run will sit in the planter at the front of the walkway, according to concept art.

A platform has been constructed in a large hole in the ground next to the walkway and tunnel.

A grid of rebar is across the wall between the walkway and tunnel.

The tunnel has a curved ceiling. Tracks have yet to be laid in the tunnel.

Lights have been installed, and a ventilation system is being added.

The ground beneath the coaster is still mostly dirt.

Themed elements and new canopy pieces have been added to the coaster’s entrance.

A small canopy is beneath the large one. Translucent pieces have been installed on the framework.

Crew members in cherry pickers continue to work on the canopy.

Disney has yet to announce an opening timeframe for TRON Lightcycle / Run.

Previous
Dedication Plaque Added to Guardians of the Galaxy: Cosmic Rewind at EPCOT

Next
WATCH PARKSCENTER — Disneyland PeopleMover Returning, EPCOT Food & Wine Festival, and Should You Get PhotoPass?