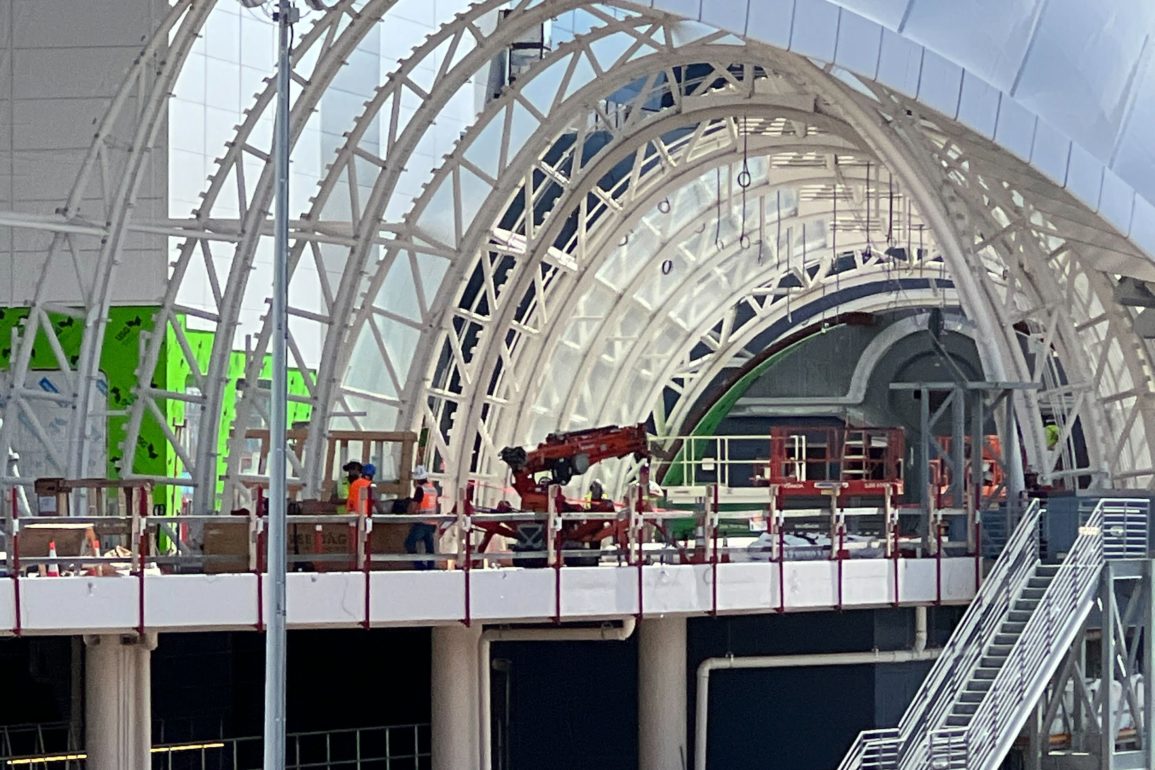 TRON Lightcycle / Run may have been added to the new PeopleMover narration at Magic Kingdom, but the coaster remains under construction.

The exterior portion of the coaster is covered by a white canopy.

One walkway will lead under the coaster to its entrance.

Another walkway will lead to Storybook Circus.

Crew members were working on a wall near the canopy supports.

The main walkway is mostly complete but still has temporary wood railings.

There are some concrete planters.

A wall extends past the tunnel.

A hole was excavated in the ground in front of the tunnel, but it seems to be filled in now.

A new wall of rebar extends between the walkway and the tunnel wall.

White paneling lines the edge of the canopy.

There are some gaps in the paneling yet to be filled in.

Themed elements have been added to the coaster’s entrance.

Transparent white pieces were recently attached to the small framework beneath the main canopy.

Some green weather-proof sheathing still shows through some of the walls.

From Storybook Circus, we could see lights on beneath the canopy.

Weather-proof sheathing is also still exposed on the lockers building.

A scissor lift was parked outside but not in use.

The canopy will light up when riding TRON Lightcycle / Run.