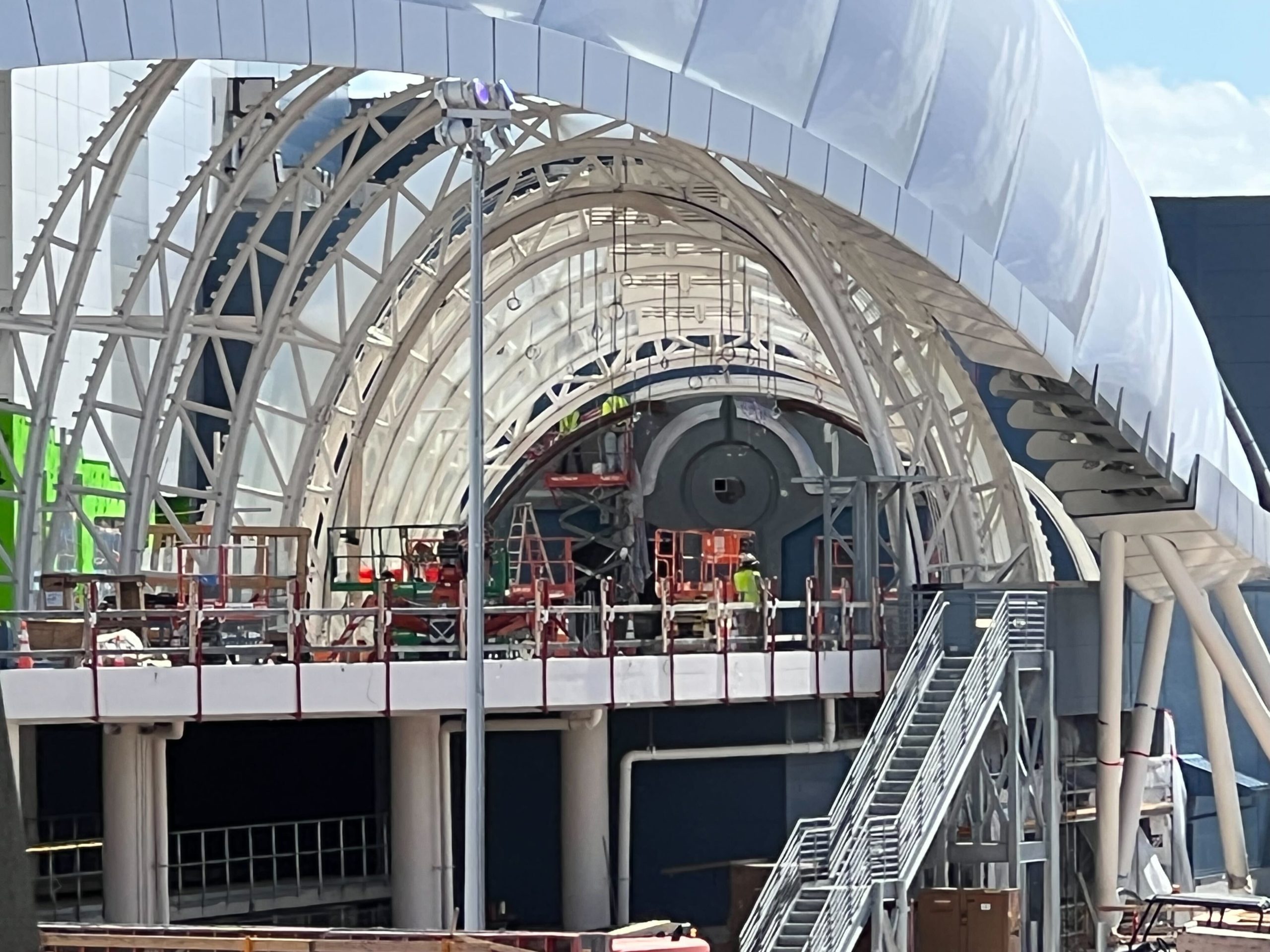 The exterior portion of the new TRON-inspired roller coaster is clearly visible from the Tomorrowland Transit Authority PeopleMover.

Crews have installed white paneling along most of the edge of the canopy above the coaster track.

On the ground, they have been working on walkways — one leading to the coaster entrance and another cutting through the area to Storybook Circus. A new wood and steel structure is taking shape at the front of the walkways.

Two crew members were working on this teardrop-shaped structure when we recently visited.

The tunnel has a curved roof.

Crews recently dug a large hole in front of the tunnel. The hole remains, next to an extended section of the tunnel wall.

It seems like this wall could be the cutoff between guest areas and backstage.

Some construction materials are visible inside the tunnel.

Crews were working on the ground between the tunnel and the walkway.

Meanwhile, the entrance to TRON Lightcycle / Run has more theming.

Guests will walk beneath the coaster to reach the main entrance.

A grey piece descends between the doorways, with a circle at the top center. A rectangular piece sticks out of the circle.

A crew member in a scissor lift was working on the small entrance canopy, which has some white tarp attached to it.

To reach TRON Lightcycle / Run, guests will walk past or through Tomorrowland Light & Power Co. — a.k.a. the Space Mountain gift shop.

The side of the shop is blocked off and covered in white and blue tarps.

The small awning of the building has been extended at this end with steel pieces.

The decorative towers were removed from the building and it’s unclear if they will return.

We have mostly seen crew members working at the opposite end, near the entrance.

It seems they are extending this section of the awning as well.

Disney has not announced an opening timeframe for TRON Lightcycle / Run or the Walt Disney World Railroad. Rumors point to a fall 2022 opening for the coaster at the earliest, but we may not be able to ride it until 2023.