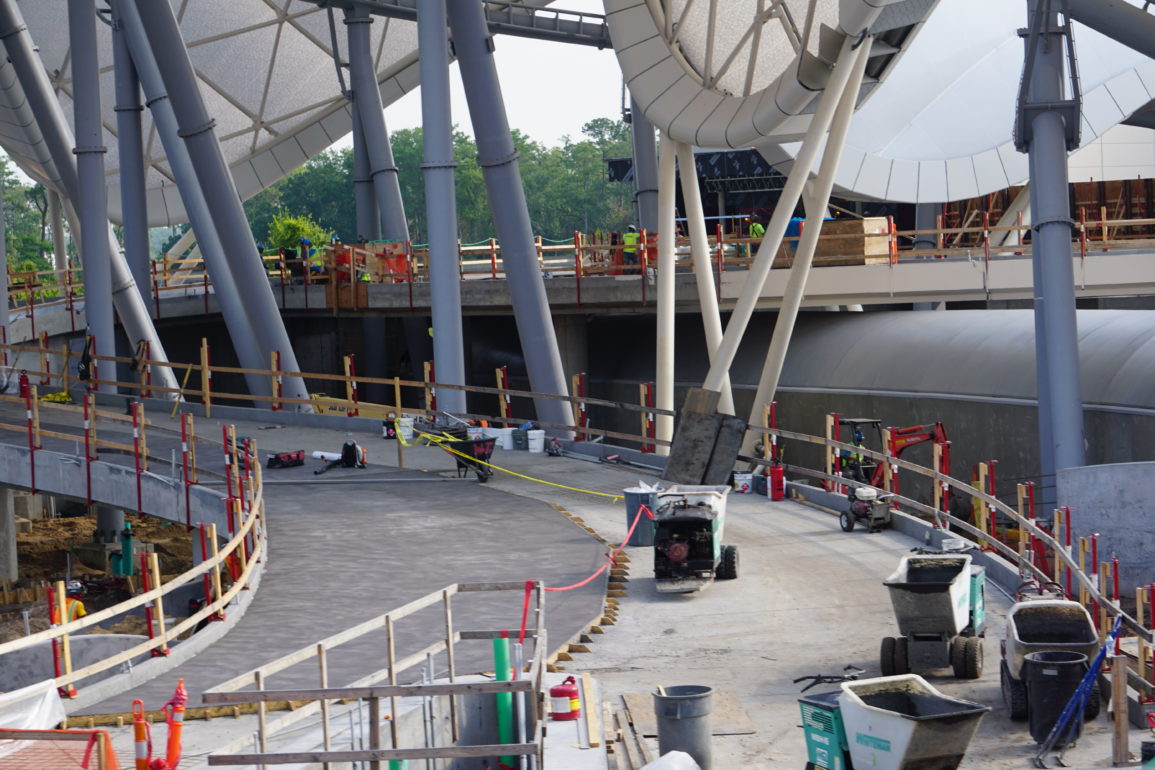 Though there is still no opening date for TRON Lightcycle / Run at Magic Kingdom, work continues at a steady pace on the exterior of the attraction while ride vehicles are tested.

The short sections of concrete wall leading out from beneath the elevated walkway have mostly been connected to create one long wall.

This long wall outlines a second walkway, according to concept art, that will likely connect Tomorrowland and Storybook Circus.

During our last construction update, we noted that a line of wood had been placed down the center of the elevated walkway to serve as support framing for concrete. Another layer of pavement has since been added to one side of the wood outline.

The left side, when facing the walkway, is now darker than the right.

Judging by the caution tape around it, this new pavement was still drying when we rode by on the PeopleMover.

More curved roofing has been added this week.

A green construction vehicle has been parked in the tunnel.

We also saw several ladders inside the tunnel.

The vehicle was lifting the steel box structure we saw during our last update.

Though the main canopy has been completely installed, a smaller canopy remains to be installed at the entrance to TRON Lightcycle / Run.

Crew members in scissor lifts have been working on the white framework for the canopy. We can also still see scaffolding and exposed black weather-proof sheathing at the entrance to the building.

Crews are also working on the side of Tomorrowland Light & Power Co., which guests will walk past to reach TRON Lightcycle / Run. All four decorative towers have been removed, and tarps cover their bases.

Are you excited to ride TRON Lightcycle / Run someday? Let us know in the comments.