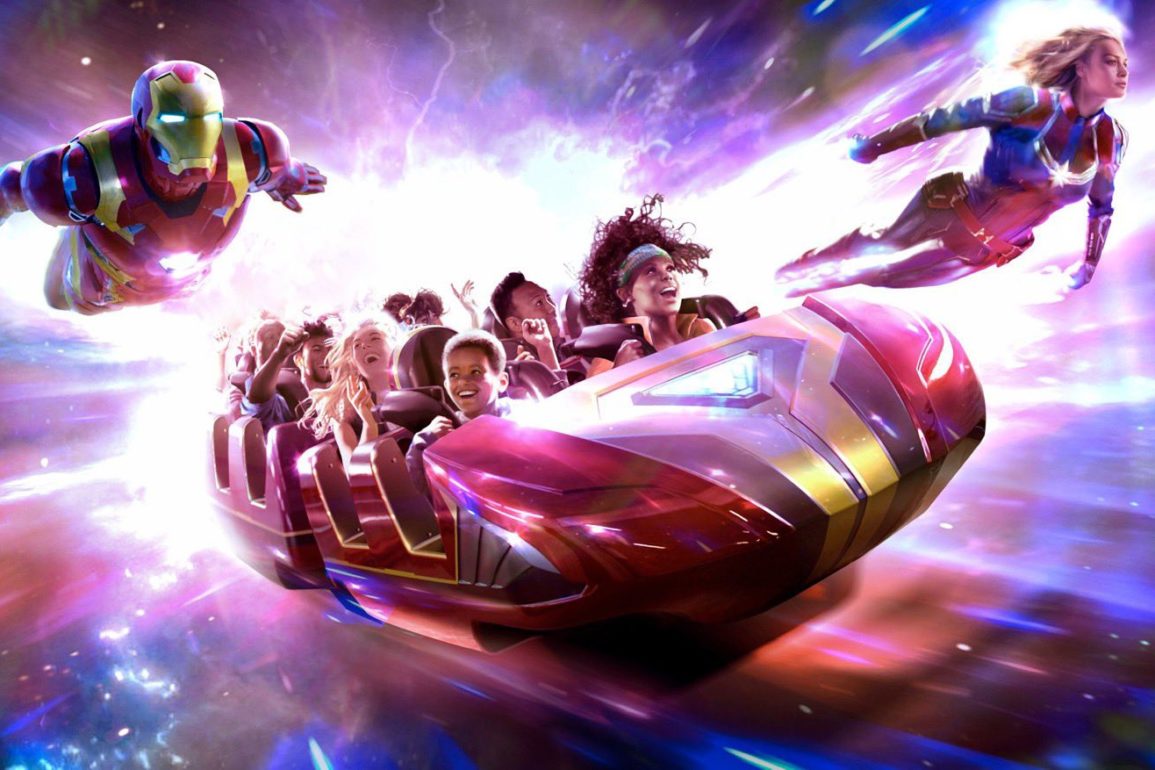 A new series of concept art has been released for Avengers Campus at Walt Disney Studios Park in Paris. The land still doesn’t have an opening date, but is scheduled to open in “early summer.”

Concept art for the retheme of Rock ‘n’ Roller Coaster confirms the new Avengers version of the attraction will feature both Iron Man and Captain Marvel. As we’ve seen before, the ride vehicles resemble Iron Man’s suit. It will have a light-up LED façade. The marquee was recently installed.

The main shop of Avengers Campus will be Mission Equipment. As seen in the concept art, it is inside the Stark Industries warehouse, similar to California’s W.E.B. Suppliers.

PYM Kitchen will be a buffet inspired by Ant-Man, Paris’ version of Pym Test Kitchen with food large and small. We can see some familiar dishes in the concept art. Read our review of lunch and dinner at Pym Test Kitchen.

Disneyland Paris will have their own version of WEB SLINGERS: A Spider-Man Adventure called Spider-Man W.E.B. Adventure. Though it has a different name, it will be an identical attraction.

Stark Factory will be a quick-service restaurant unique to this version of Avengers Campus. The giant Hulkbuster Iron Man suit is on display at the center of the factory-themed dining room.

The final piece of concept art showcases heroes walking around Avengers Campus. Sam Wilson’s Captain America is visible on the Quinjet platform. We also saw Wilson in concept art released earlier this week. Thor and the Dora Milaje walk with children on the ground around the Avengers Deployment Vehicle (ADV), which will transport characters.