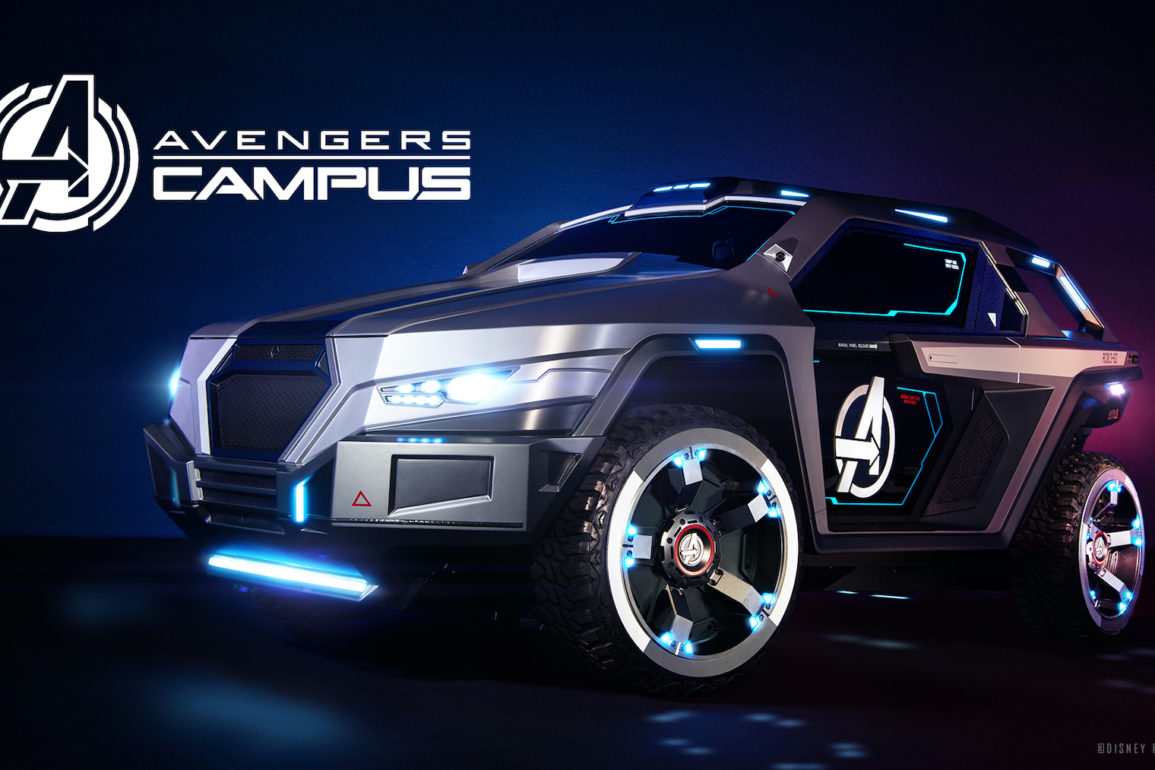 Disneyland Paris has shared a first look at the Avengers Deployment Vehicle or “ADV,” which will transport characters around Avengers Campus.

Here is the in-story description of the ADV:

Stark Industries has always sought to make the impossible possible. The company’s mission statement is to bring to life innovations that only exist in our wildest dreams, in order to identify, recruit and train the next generation of Super Heroes. Today, CEO Tony Stark takes a new leap forward and introduces a new high-tech revolution.

Stark Industries once again pushed back the boundaries of creativity. The vehicle was designed following a futurist aesthetic and equipped with cutting-edge technology. The sleek look and feel reflects Tony Stark’s sophisticated definition of style and the ambition that defines the Avengers. The Avengers logo is a strong identity marker. As for the oversized wheels and the angular-shaped bodywork, they symbolize strength and power – just what users look for in a vehicle that is powered by Wakandan Vibranium. This ultra-resilient energy source flows through all elements of the ADV and protects the driver and cargo alike.

Side doors allow for swift access into the vehicle – and will quench recruits’ curiosity as they peek into the interior and greet Super Heroes aboard. A great way to inspire new recruits as they cross paths with the vehicle amidst training!

The Avengers Deployment Vehicle has newly been delivered to Avengers Campus. It only awaits Super Heroes to power it up, for the greatest joy of future recruits. Come and hear its motors hum this summer at Avengers Campus!

Next
Annual Passholder Previews Now Fully Booked for Guardians of the Galaxy: Cosmic Rewind at EPCOT