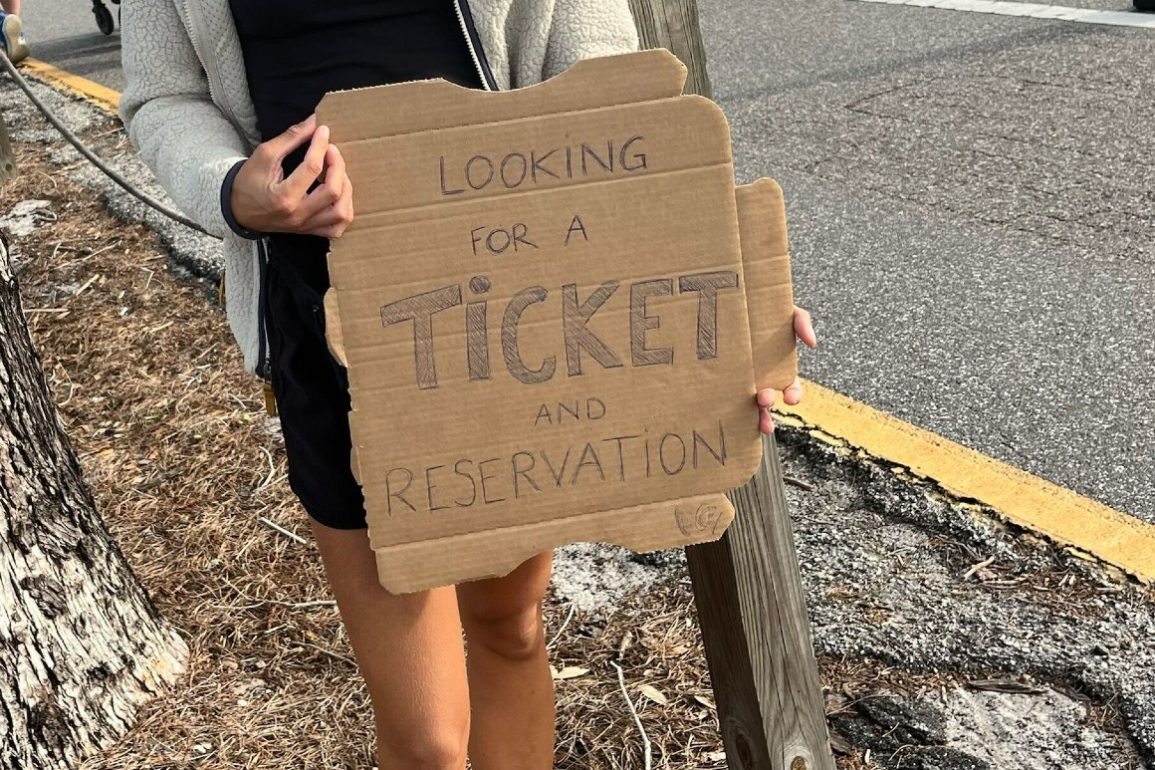 The international guests who resorted to begging for tickets and Park Passes outside Magic Kingdom yesterday were later allowed to buy tickets.

The anonymous couple had traveled from Switzerland to Orlando. Upon arrival at the Transportation & Ticket Center, they attempted to purchase theme park tickets and were turned away. They crafted a sign reading “Looking for tickets and reservations” on a sheet of cardboard and initially stood outside the Magic Kingdom entrance, hoping to beseech other guests to assist them. Disney security Cast Members forced them to retreat to the parking lot outside the TTC.

Reportedly, security later approached them again and walked them back to the TTC ticket booths, where they were allowed to buy tickets.

Universal had offered to give the couple free tickets to Universal Orlando Resort.

Since the Walt Disney World theme parks reopened in summer 2020 after the unprecedented extended closures due to the COVID-19 pandemic, guests have been required to obtain a ticket and a separate park pass reservation through an online system. Regularly ticketed guests, resort hotel guests, and Annual Passholders all have separate reservation availability. The reservation must be tied to an admission ticket, or guests will not be allowed to enter the park.

The capacity limitations enforced on Walt Disney World due to the pandemic have been removed, but executives, including CEO Bob Chapek and Parks Chairman Josh D’Amaro, have stated that the reservation system is here to stay. Chapek cited the system as “the backbone” of operations.