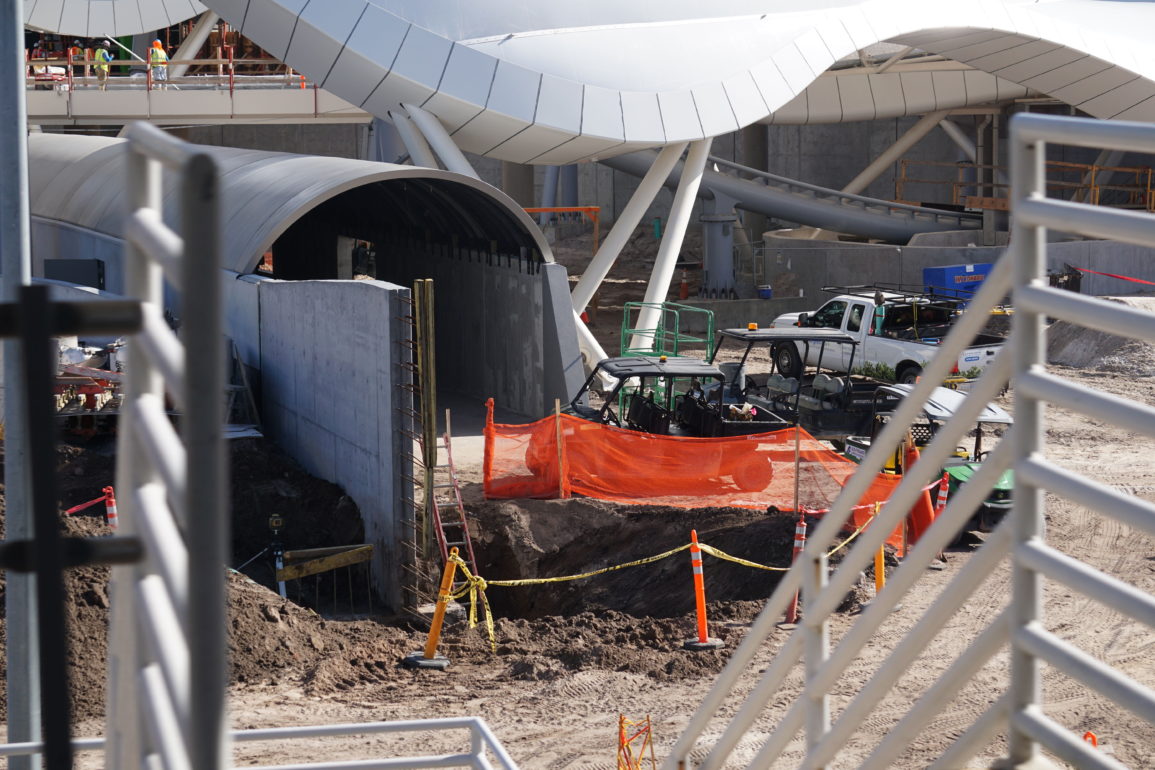 We don’t know how much work remains to be done inside TRON Lightcycle / Run, but crews have been hard at work on the attraction’s exterior for years now. Let’s check in on the current state of construction on both TRON Lightcycle / Run and the Walt Disney World Railroad, which will travel beneath it through Tomorrowland.

Several crew members were on the main walkway during this visit. Though the walkway is paved, permanent railings have yet to be installed.

It looks like work has begun on the second walkway, which will likely lead to Storybook Circus. Crews have been working for several weeks on the concrete walls that will line the walkway.

We could see a concrete mix near the end of the main walkway.

The crew members have dug a large hole at the end of the tunnel.

The hole is surrounded by caution tape and orange net fencing.

There are no tracks in the tunnel yet.

Meanwhile, theming was recently added to the entrance.

No scissor lifts were up today, so we could get a clear look at the themed elements. There’s a large circle at the center of a grey section.

A curved blue line is above the circle.

It looks like two entrances are to either side of the circle — one for standby and one for Lightning Lane, most likely.

Crews are still adding white paneling to the edge of the canopy. We saw one crew member in a cherry picker working on the panels. We recently got our first look at the canopy illuminated at night.

Behind Space Mountain, we haven’t seen more rail laid on the Walt Disney World Railroad track since May.

We also haven’t seen significant work on the side of Tomorrowland Light & Power Co. in recent days. Guests will walk past the store to reach TRON Lightcycle / Run.