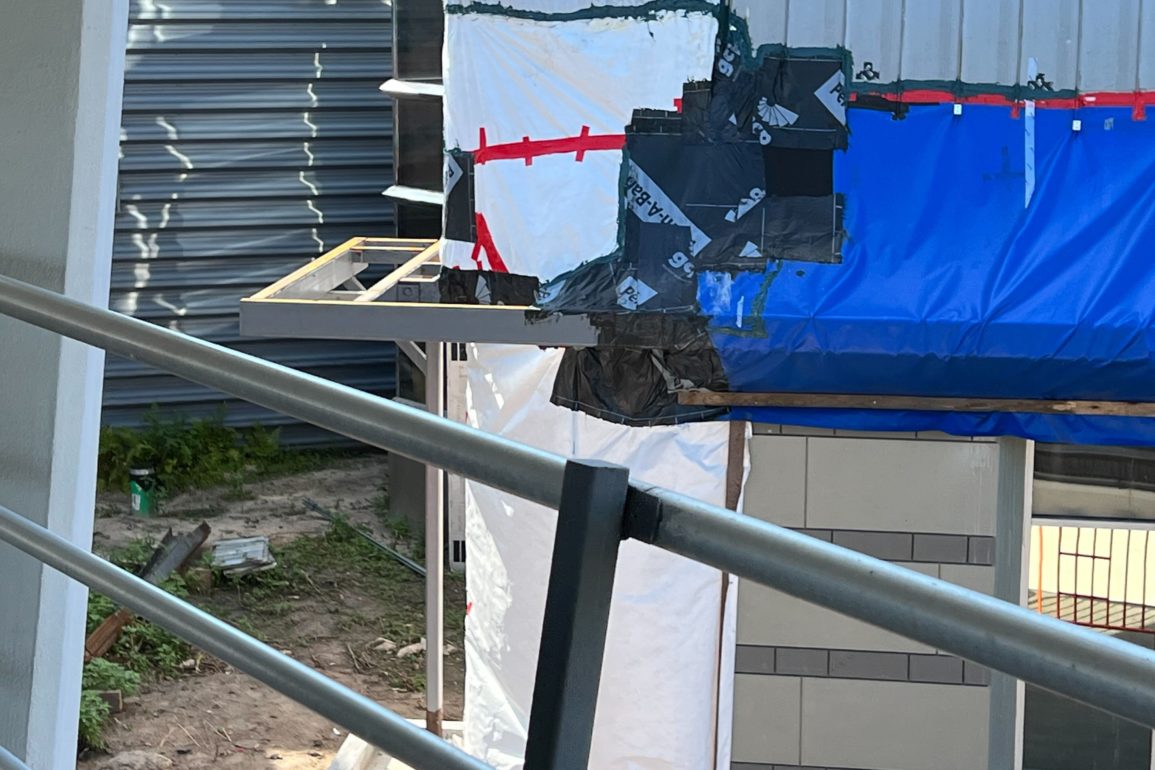 Crews have extended the small awning around one side of Tomorrowland Light & Power Co. in Magic Kingdom.

The side of the shop has been under construction for the past few weeks. Guests will walk past the store to get to reach TRON Lightcycle / Run.

Crews removed the decorative towers from the building a few weeks ago. White tarp now covers where the towers used to be.

Blue tarp runs along the short awning above the doorways.

Crews have extended the awning slightly at the back of the building.

Extra steel now sticks out of the wall, and one support extends to the ground.

Unlike the rest of the awning, the new section is not covered in tarps.

We haven’t seen much work on the building during the day, but scissor lifts sit parked in one doorway.

The shop remains open during construction, but the side doors are blocked from the inside.

A cherry picker vehicle is parked at this corner and we have seen crew members working from it.

A piece of steel sticks out from under the tarp.

The awning may be extended further on this end, too.

The building previously sloped out into the sidewalk at this end. The decorative towers also had slightly sloping bases.

It’s possible the decorative towers are gone for good to create more space for guests to walk this way to the new coaster.

Disney has not announced an opening date for TRON Lightcycle / Run or a timeframe for the refurbishment of Tomorrowland Light & Power Co.

The decorative towers are visible in concept art for TRON Lightcycle / Run, but things can change between concept art and the final product. The art also makes Tomorrowland Light & Power Co. look more white and blue than it currently is. Maybe it will get an updated paint job before construction is complete.