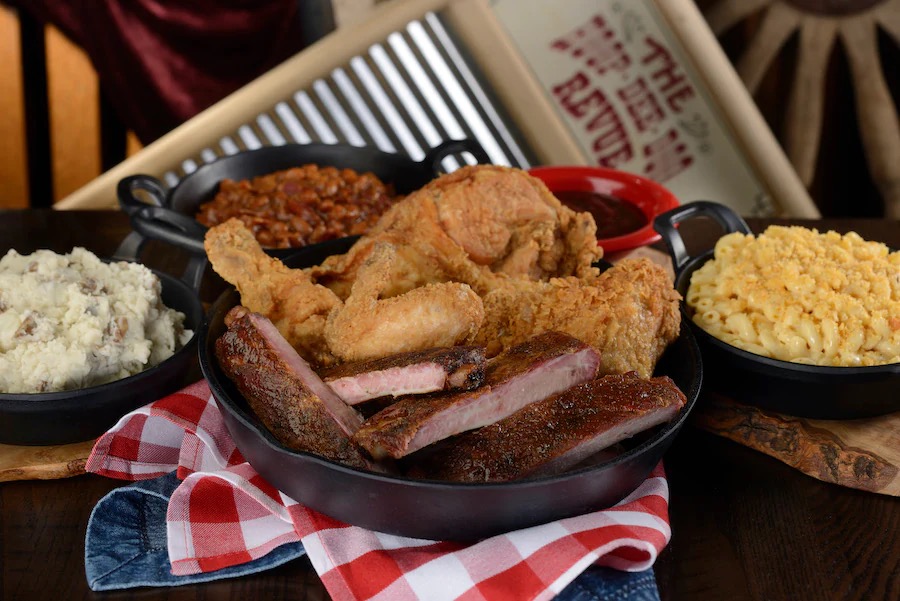 One of the trademarks of the dining experience at the “Hoop-Dee-Doo Musical Revue” at Walt Disney World was food coming in buckets, part of the frontier charm at the nearly 48 year-old show. But with its return to Disney’s Fort Wilderness Resort & Campground this month, we can sadly confirm that food is no longer served to guests in buckets.

Food at the long-lasting Pioneer Hall show is now served instead on skillets instead of buckets. During the food service portions of the show, the skillets are also gently set on the table as at virtually every restaurant at Walt Disney World, rather than being slammed down as before, likely due to concerns that food would fly out of the wide, short skillets.

These skillets are the same as those used to serve many food items at the adjacent Trails End Restaurant, with which “Hoop-Dee-Doo Musical Revue” shares a kitchen. We first saw this change in the preview photos released earlier this month, along with other menu changes introduced for the show.

How do you feel about the loss of serving buckets? Let us know in the comments below!