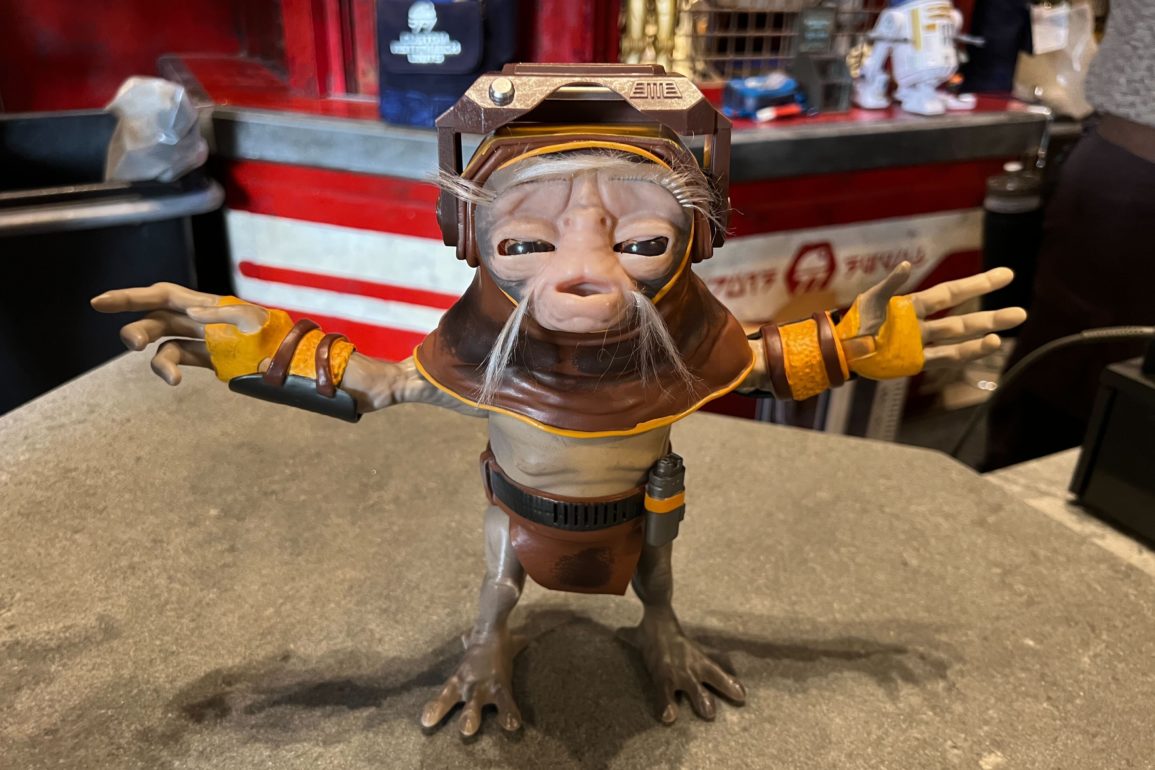 A toy version of Babu Frik has arrived at Star Wars: Galaxy’s Edge in Disney’s Hollywood Studios. This interactive droidsmith is available at Droid Depot, where we also found a Babu Frik magnet.

Unfortunately, Babu doesn’t interact with Star Wars: Galaxy’s Edge like the droids of Droid Depot do.

He does make sounds and move.

Babu Frik appeared in “Star Wars: The Rise of Skywalker.”

The box opens so you can see the Babu Frik figure before purchasing.

Concept art of Babu Frik in his workshop is inside the box.

A figure was also on display. This little Anzellan wears a brown hood with a visor that goes down over his eyes.

He has yellow gloves and a brown loincloth.

The switch and battery compartment are on his back.

The magnet depicts Babu Frik on a silver wanted poster.

The Star Wars: Galaxy’s Edge logo is on the back of the magnet. It is also available at Disneyland Resort.