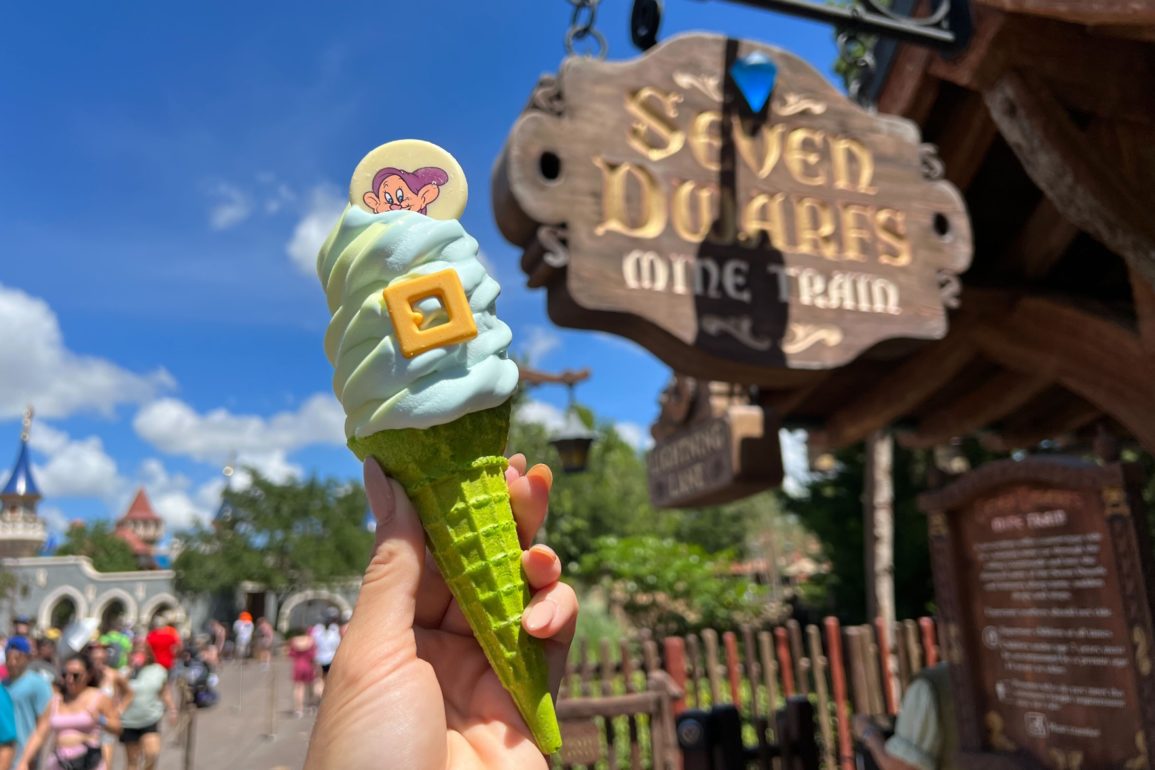 The fourth dwarf has arrived at Storybook Treats in Magic Kingdom. So far, the Seven Dwarfs Specialty Cone has been available in versions inspired by Grumpy, Doc, and Sneezy. A Dopey-inspired DOLE Whip lime cone is now available for a limited time.

We didn’t expect to like this but we actually did.

It reminds us of the blueberry and lemonade soft-serve swirl we had at this year’s EPCOT International Flower & Garden Festival.

DOLE Whip lime can be too tart, but the blueberry soft-serve mellowed that flavor. If you’re a fan of DOLE Whip and want to try something new and slightly sweet, this is a great option.

The Dopey and belt buckle medallions were real chocolate, which was good. The only problem is that the actual cone started to disintegrate in our hands and the soft-serve was dripping everywhere. It was worse than the melting we’re used to with other cold treats.