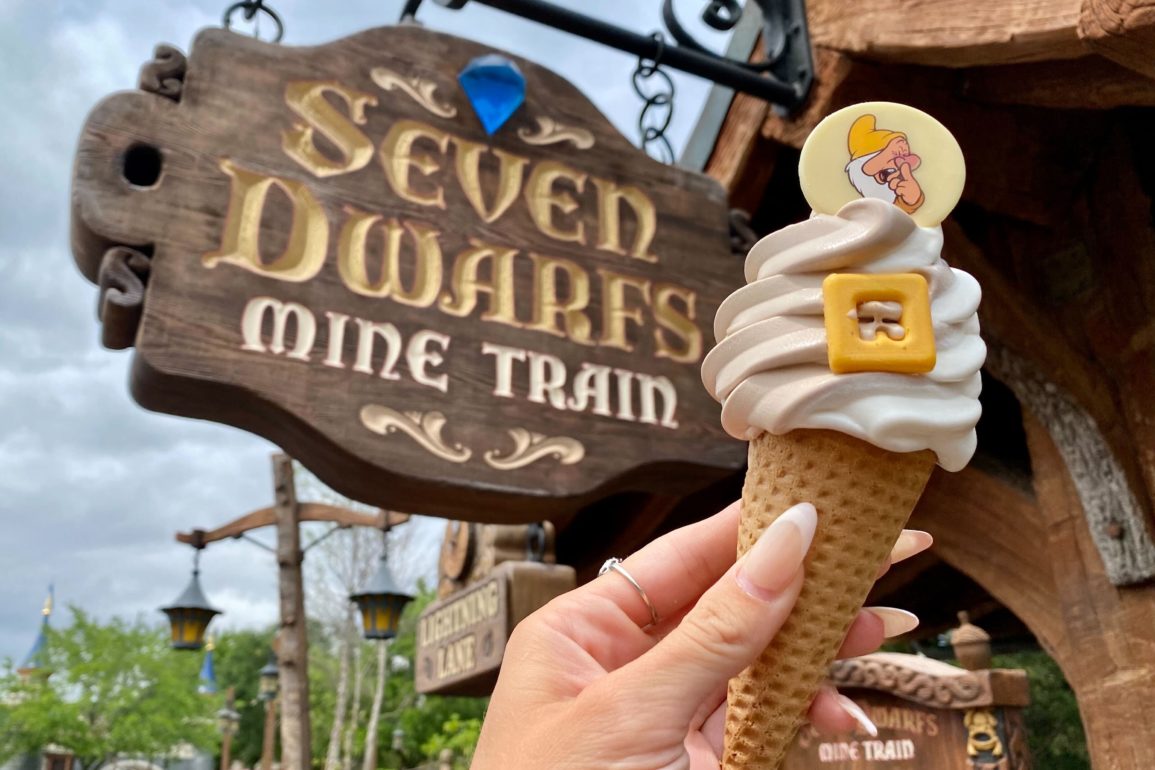 After two and a half months of Doc, another one of the Seven Dwarfs has a specialty ice cream cone at Storybook Treats in Magic Kingdom: Sneezy.

All of the Seven Dwarfs specialty cones in honor of the 50th anniversary are shown on the menu, but Sneezy is only the third to be available so far. Grumpy was the first one announced and released.

While this may sound like a weird ice cream cone, it’s actually good.

The ice cream is delicious. It was labeled as chocolate-root beer, but it tasted more like vanilla root beer and chocolate.

We aren’t sure if that’s on purpose or not, but it was great. In some bites, you get more of a vanilla and chocolate flavor, while in some you get more of the root beer.

The cone looks cute of course, with the medallion of Sneezy and a golden belt buckle.

These chocolate pieces add a nice hard snap to the cone, too.

The cone was fresh and crispy.

Overall, it tasted like a root beer float in soft-serve form and we would happily get it again.

Next
‘Planetarium Exhibition’ Inside the Guardians of the Galaxy: Cosmic Rewind Galaxarium Will Feature 30 Minutes of Unique Footage