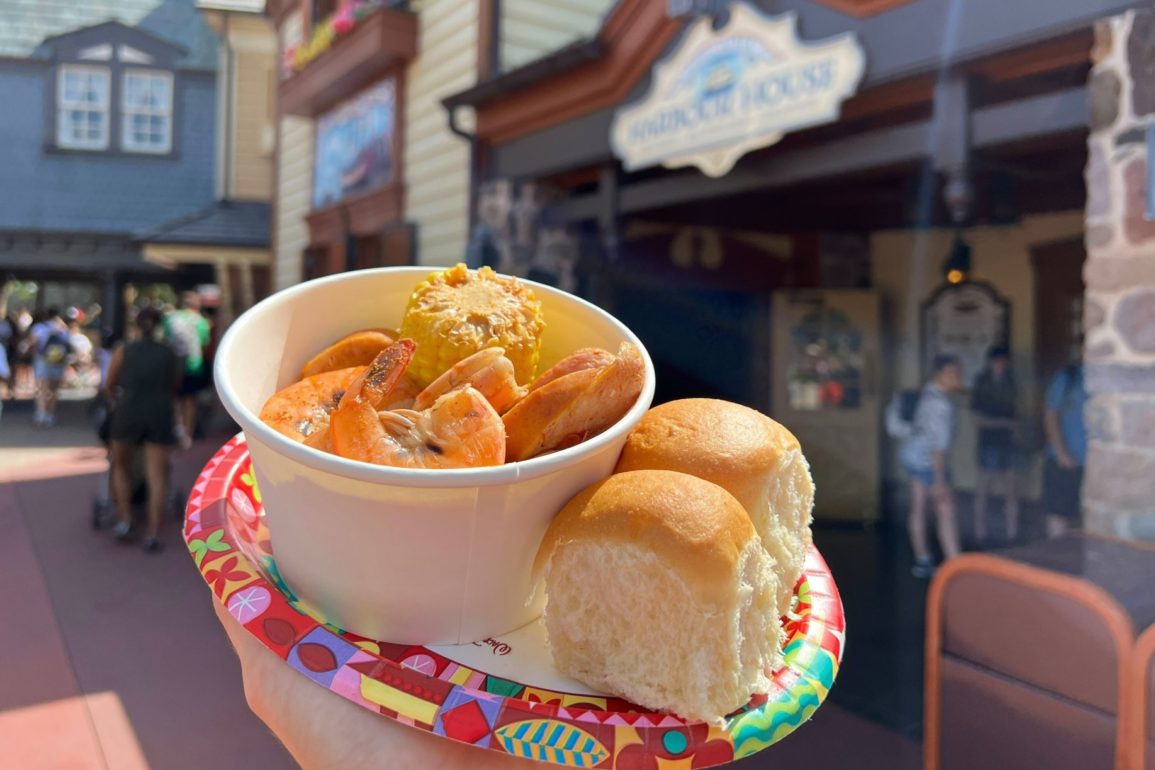 It’s a beautiful weekend at the Magic Kingdom, and we decided to make a quick lunch stop to try the New England Shrimp Boil from Columbia Harbor House.

Columbia Harbor House is in Liberty Square near Haunted Mansion.

This is awesome. We were worried about the potential fishiness of this dish, but it’s great. There’s a kick to the seasoning, and there’s plenty of broth at the bottom for extra spice.

The potatoes are cooked and seasoned well also. The corn is crisp and sweet, and the andouille has a nice snap on the casing with good flavor inside.

The shrimp come with their shells so you have to peel them. It’s not difficult, but we recommend having wipes on hand. The shrimp are cooked well and aren’t fishy. The seasoning kicks and lingers.

We were also given liquid garlic butter on the side.

This is a unique and fun dish. At first glance, it looked like a small serving for the price point, but it was filling. We will be back for this again and highly recommend you do the same.