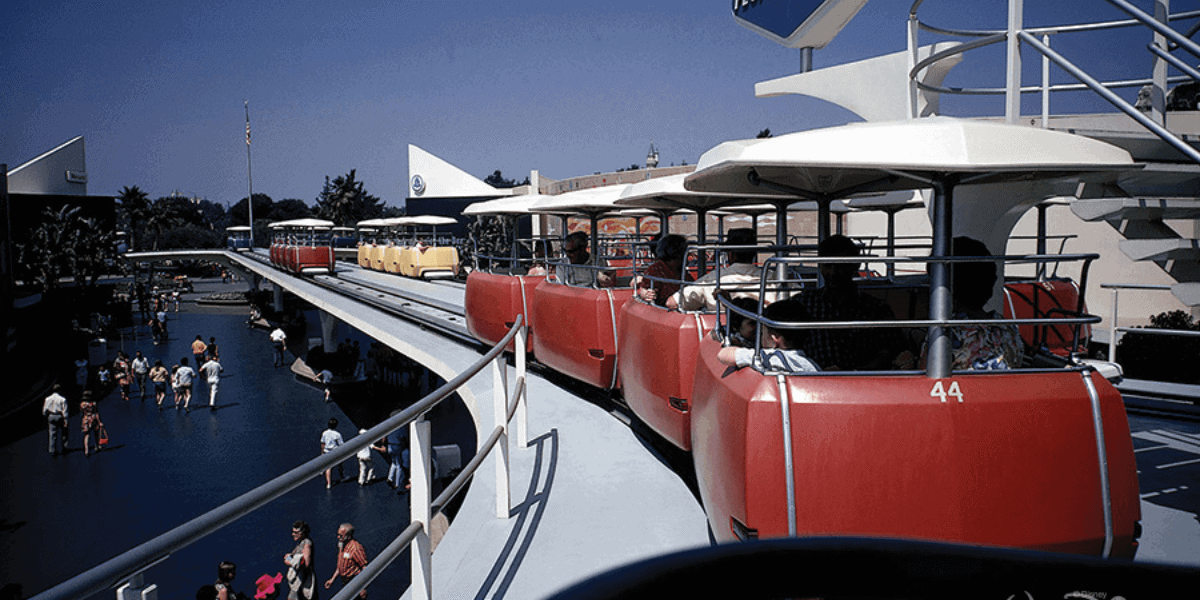 As you know, Tomorrowland at Disneyland Park is set to undergo a massive transformation over the next few years. We reported earlier on the possible “Lightyear” overhaul of Space Mountain, and now we’re turning our attention to another exciting aspect: the long-awaited, suspected, and demanded return of the Disneyland PeopleMover.

The original PeopleMover at Disneyland closed in 1995, but large portions of the track remain in place from its time as the vessels for the ill-fated Rocket Rods from 1998’s New Tomorrowland. Since Rocket Rods’ failure, the track was abandoned, and portions were even removed from inside attraction show buildings as the years went by.

However, the new version of the classic is expected to use an entirely new ride system, unlike the tires that once propelled the Anaheim iteration or magnets which are currently used in Magic Kingdom’s 1975 entry. The new conveyance system would be something remarkably less innovative than its predecessor, using widely available ride technology to achieve a budget-conscious version of the beloved classic.

Not only will it be a different ride system, but the track length will reportedly be much shorter than the original layout provided. For example, the winding sections still standing above the Autopia and the Finding Nemo Submarine Voyage are not expected to be used. A lot of the existing infrastructure would likely be heavily altered or removed due to changes in building codes and such over the last few decades.

The previously rumored “Lightyear” version of Space Mountain may end up on the chopping block due to the abysmal box office numbers of the film it is based on, but we don’t expect anything to derail plans to bring back the PeopleMover. Announcements will likely be made at this September’s D23 Expo in Anaheim, California.

Would you like to see the PeopleMover return to Tomorrowland? Let us know in the comments!

5 thoughts on “RUMOR: The PeopleMover Will Return to Disneyland as Part of Tomorrowland Overhaul”