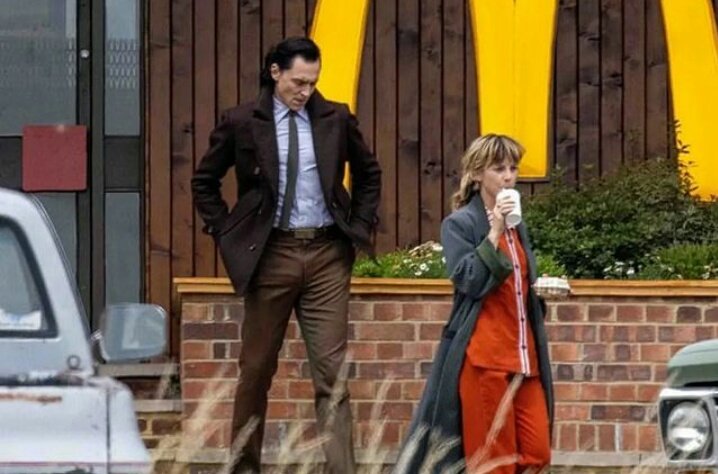 With production starting on “Loki” Season two, more and more images of the cast on set have popped up on the internet. Today, our first look at Sophia Di Martino has surfaced and she’s not in her usual warrior garb.

@bestoftwh on Twitter shared the picture showing Sophia Di Martino reprising her role as Sylvie. The image shows the Goddess of Mischief wearing a retro McDonald’s uniform and snacking on some leftovers, presumably from her shift.

This triggers a whole (Mc)flurry of questions as to what the killer of He Who Remains is doing working in a 1970s McDonald’s and how does this connect to the movie premiere scene captured last week?

Whatever is going on in the multiverse, we can assume Loki, Mobius, and Sylvie will be reunited for another epic (and comedic) adventure.

Let us know what you think this whole get-up is about in the comments below! Is she really working at a McDonald’s? Or is it a trick? (She is a Loki variant, after all.)

Next
BTS Concert, Docuseries, and More Coming to Disney+