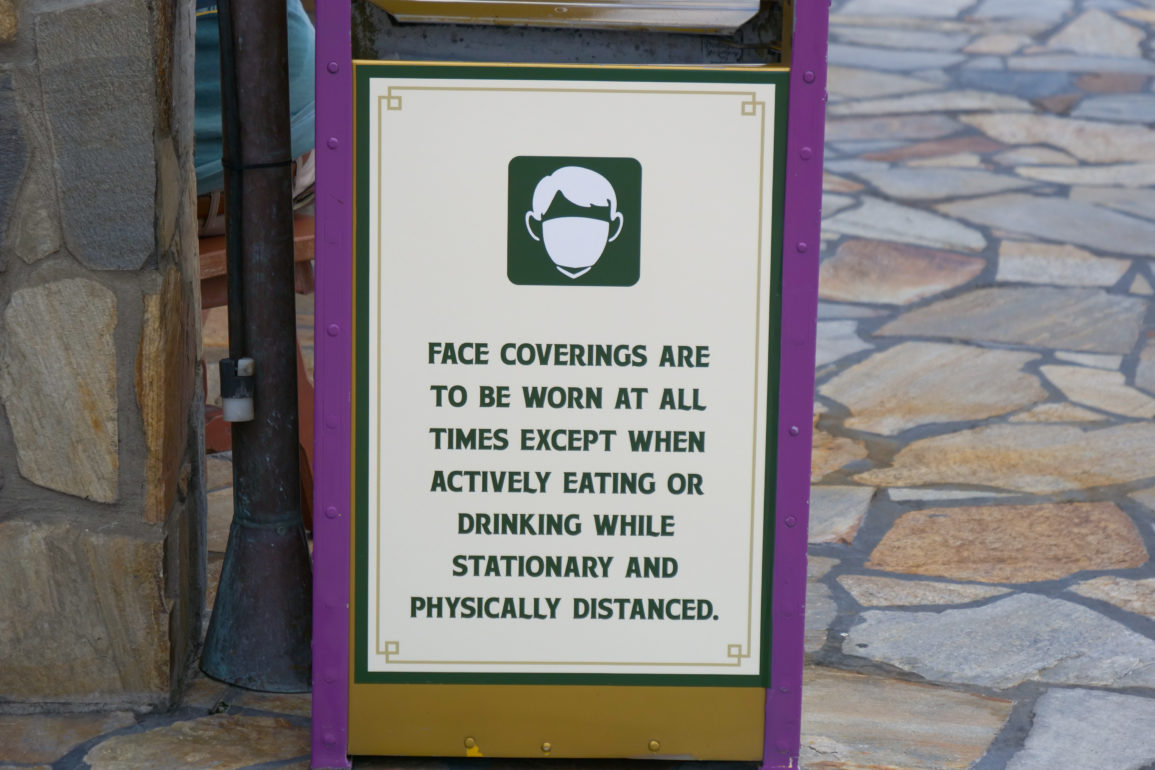 Three former Walt Disney World Cast Members are suing the company over the COVID-19 vaccine and face mask policies. They claim they were unlawfully fired due to their religious beliefs.

The plaintiffs in the case are Barbara Andreas, Stephen J. Cribb, and Adam Pajer. Andreas joined Disney in 2001. She returned to work as a Guest Experience Manager at ESPN Wide World of Sports in June 2021. In August 2021, she filed a religious exemption request to the vaccine requirement.

She said in the lawsuit, “Religious creed includes my dress and my grooming practices, including what I put on my head or face. Wearing a face covering is an affront of my Christian beliefs. Further, participating in a medical experiment, such as covid testing or vaccines, is also a violation of my religious beliefs.”

After careful review of the information you provided, we are unable to conclude that you are prevented from wearing a face cover due to a sincerely held religious belief, practice or observance. In addition, based on the essential job functions of your role, we are not able to allow an exemption from the face cover requirements, which have been implemented as a health and safety protocol to promote a safe environment for cast members and guests. As a result, we must deny your request, and if you are unable to follow this health and safety protocol, your employment will be subject to separation.

Andreas replied questioning the decision and received no response. She obtained counsel in February 2022, and they contacted Disney regarding the alleged unlawful accommodation denial. Disney responded in March 2022 denying any wrongdoing. During this time, Andreas was not wearing a mask to work. On February 18, a manager told her to put on a mask. She refused, so was sent home. After reporting to work on March 4, management again told her she would need to wear a mask or go home. She refused to abandon her shift. The proprietor and a security officer arrived, told her she was terminated, and escorted her from the premises.

Stephen Cribb worked for Disney for eleven years, and was also most recently a Guest Experience Manager. Cribb returned to work in the summer of 2020. He complied with the mask mandates and distancing guidelines during this time. In August 2021, he submitted a religious exemption request regarding the vaccine requirement, writing, “As a devout and practicing Christian, I have strong religious convictions against abortion…the Jansen vaccine as well [as] the Moderna and Pfizer vaccine have all used cells from a terminated fetus, either in testing or developmental stages of the vaccine.” He received an auto-generated email in October stating that his request was under review, but otherwise received no communication regarding it.

Cribb was also called into a few meetings with managers and told to wear a mask during work. Cribb participated in the Mardi Gras parade at Disney’s Port Orleans Resort in March 2022. The resort’s general manager reportedly said in a Zoom meeting ahead of the event that they would be abandoning additional “safety protocols,” but unvaccinated Cast Members would still be required to wear face masks and kept separated from vaccinated Cast.

The lawsuit states, “Pictures and videos taken during this outdoor Mardi Gras event showed that Mr. Cribb was likely the only person wearing a mask as he led a parade through the resort, riding a bicycle, front-and-center among hundreds of unmasked people, all of whom were crowded together. He was overwhelmed by the humiliation of Disney’s overt discrimination.”

From March 6 onwards, Cribb refused to comply with face mask protocols, citing it as a discriminatory policy. Disney suspended him after he refused to leave a shift on March 16. He retained counsel, who requested Disney communicate through them instead of with Cribb. Disney continued to contact Cribb directly. Disney officially terminated Cribb on April 25, 2022.

Finally, Adam Pajer had worked for Disney since May 2015, most recently as a Banquet Server or as-needed Banquet Captain. In October 2021, Pajer filed his religious exemption request. He cited Bible passages and wrote in his request, “Our bodies were not made by God to put a known poison into it.” It has never been processed to conclusion.

According to the lawsuit, Pajer’s managers “treated him as if he were leprous, violated his civil rights, and have discriminated against him.”

In February 2022, Pajer wrote in a group chat with other Cast Members, “Managers are starting to discriminate against people who didn’t take the experimental propaganda procedures. They tried on me but could not even show where it says that I had to wear a mask backstage when others do not. I told them it was discriminatory and I will at this time not be complying and asked for them to call HR….Also many managers seem to be doing this unaware [sic]. Please remind them that we have equal protection under the law and we must all be protected equally.”

Pajer said that around this time, he received mixed messages about when he was required to wear a mask. Some managers told him to wear one while others did not.

In May 2022, Pajer printed out statements to hand to managers that asserted they were discriminating against him. Here is an image of one of these printed statements from the lawsuit:

On May 12, 2022, he gave this statement to one manager at Disney’s Yacht and Beach Club Resorts and she reportedly yelled at him. He was later called into an office with this manager and two others, where they “belittled, harassed, and verbally attacked him.” He attempted to give them one of his printed statements, and manager Quentin Schofield tried to burn it with a lighter while Pajer still held it in his hand. He was sent home that day and suspended on May 14, 2022. Despite the suspension and taking his company ID, they continued to schedule him for shifts through June 28.

Pajer filed a complaint with the Florida Attorney General’s office. As with Andreas and Cribb, Disney continued to contact Pajer directly instead of communicating through his counsel.

Disney banquet managers met with Pajer on June 21, 2022, and asked him to write down his version of the story and copy the accusations Disney had made against him, which included:

Pajer refused to acknowledge these charges. He was officially terminated on June 28.

The entire lawsuit is available to read here.