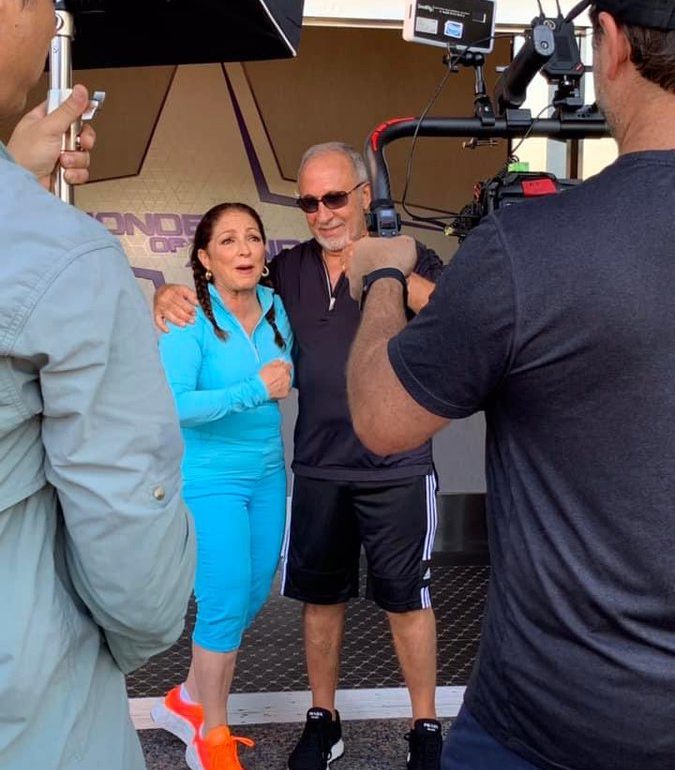 Gloria Estefan was recently spotted at EPCOT, and now we know why! The Queen of Conga filmed a Walt Disney World Minute in which she and her family tried out Guardians of the Galaxy: Cosmic Rewind.

Gloria Estefan’s song, “Conga,” is featured as one of the songs on the ride’s playlist. The rest of the songs can be found here.

A winner of seven Grammy Awards, Estefan is often mentioned in lists of the greatest musical artists of all time from VH1 and Billboard. Her signature song, “Conga,” is featured in both the attraction and the video, and was even part of a former Walt Disney World attraction — The Enchanted Tiki Room Under New Management.

Her husband may be even more prolific as a producer. As a winner of 19 Grammy Awards, Emilio Estefan is often credited with the explosion in popularity of Latin music in the 1990s. The pair had their name on Bongos Cuban Cafe at Disney Springs until it closed in 2019. The site will soon be home to Summer House on the Lake, opening next year.