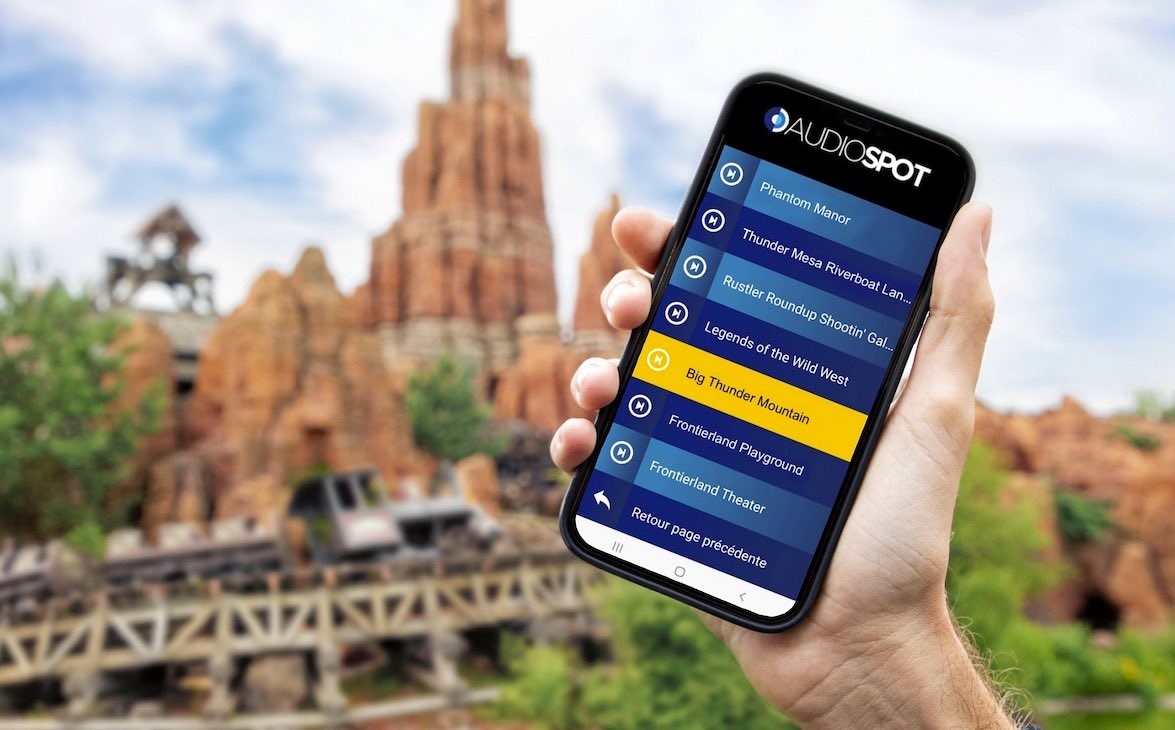 The latest in accessibility efforts at Disneyland Paris is the addition of audio description via the AudioSpot app at many locations.

In the announcement of the new service, Disneyland Paris noted that “following the successful implementation of French Sign Language and chansigne in select resort entertainment, Disneyland Paris continues to research opportunities for the visually impaired and blind to enjoy even more autonomy.”

Thanks to the combined work of Accessibility, Entertainment, and Walt Disney Imagineering teams, guests can now enjoy audio descriptions in many locations throughout the resort, including at Mickey and the Magician, as well as Avengers Campus which has been equipped with audio descriptions in its restaurants, attractions, and Hero Training Center.

Through the AudioSpot mobile app and in-park installations, guests can access audio descriptions for attractions, menus, and more. Interactive audio menus are also part of the program.

The app offers French and English audio recordings made in Disneyland Paris studios and can share information about the surrounding environment via audio that can be automatically translated into 11 other languages — Spanish, Italian, German, Chinese, Japanese, Dutch, Portuguese, Russian, Catalan, Arabic and Danish – based on the default language in a guest’s smartphone.