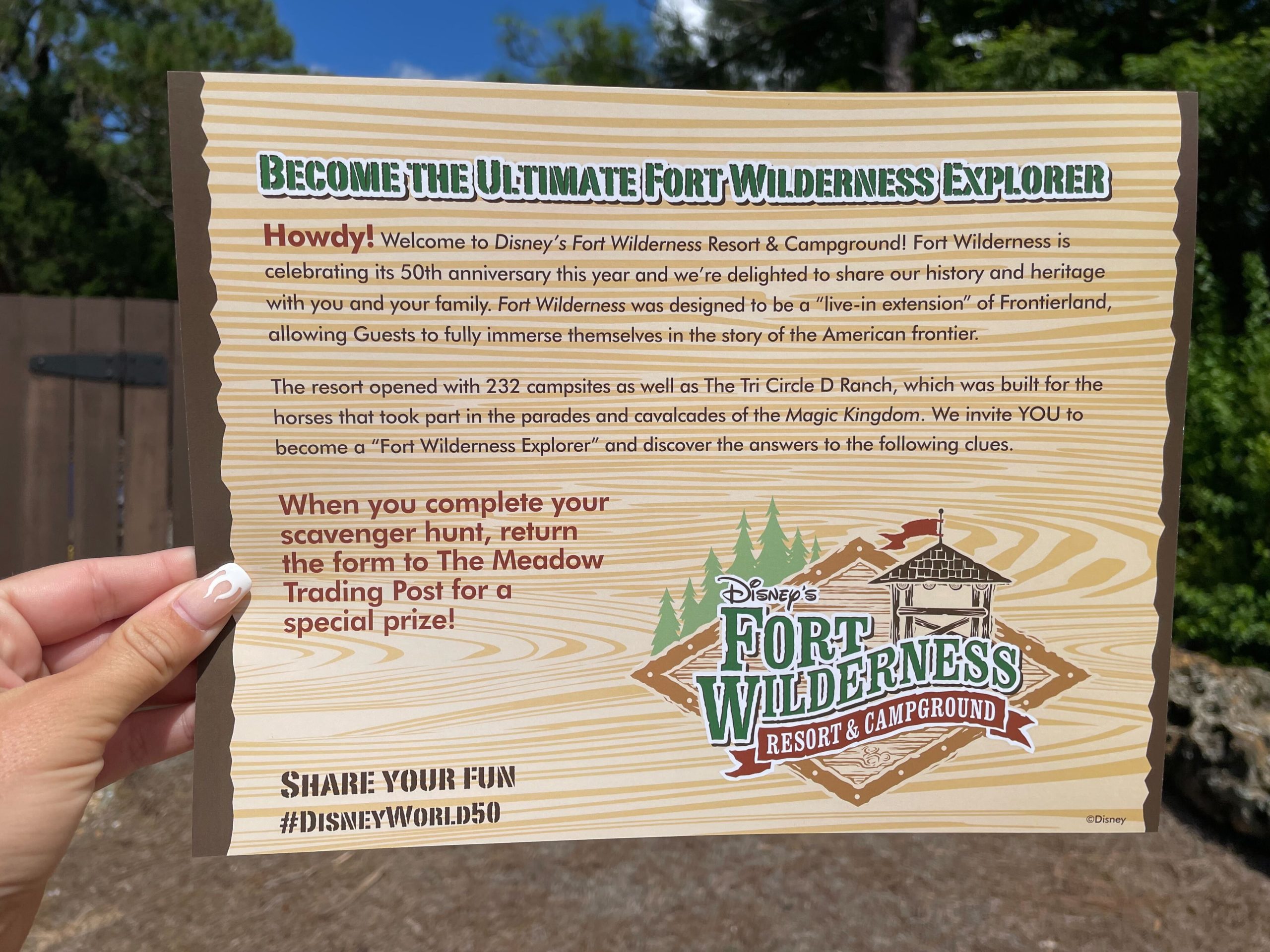 As part of the celebrations for the fiftieth anniversary of Disney’s Fort Wilderness Resort & Campground, guests can now take part in a scavenger hunt across the resort.

Cards for the hunt can be picked up at Meadow Trading Post or the recreation shack by the Meadow Swimmin’ Pool. The front of the card offers a bit of background concerning the creation of the resort. It reads:

Howdy! Welcome to Disney’s Fort Wilderness Resort & Campground! Fort Wilderness is celebrating its 50th anniversary this year and we’re delighted to share our history and heritage with you and your family. Fort Wilderness was designed to be a “live-in extension” of Frontierland, allowing Guests to fully immerse themselves in the story of the American frontier.

The resort opened with 232 campsites as well as The Tri Circle D Ranch, which was built for the horses that took part in the parades and cavalcades of the Magic Kingdom. We invite YOU to become a “Fort Wilderness Explorer” and discover the answers to the following clues.

This scavenger hunt is exclusive to the resort. A more generic one debuted nearly a year ago themed to Magic Kingdom attractions.

The reverse offers eight questions, which can be solved by visiting various locales across Fort Wilderness.

Questions draw from the past and present of the resort, including canoe rentals, Chip ‘N Dale’s Campfire Sing-A-Long, the Hoop-Dee-Doo Musical Revue, and the Electrical Water Pageant.

Some clues can be easily found, while others may require a Cast Member’s help.

A vintage map of the resort appears opposite the questions.

Guests who complete the scavenger hunt will receive a prize, which happens to be a button featuring the emblem of the Fort Wilderness Railroad, which operated from 1974 to 1980.

Will you mosey on over to Fort Wilderness to take part in the hunt? Share your thoughts in the comments!