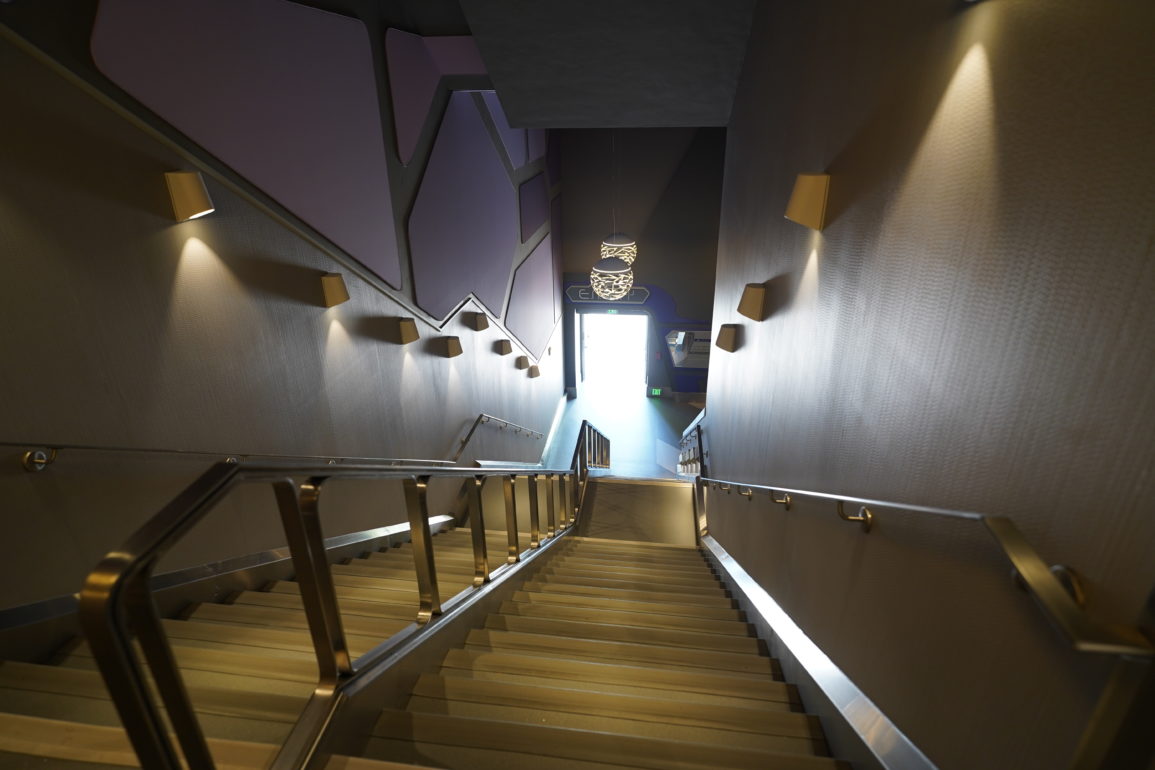 Guest Falls and Is Seriously Injured on Exit Stairs After Getting Dizzy on Guardians of the Galaxy: Cosmic Rewind at EPCOT

In the months since Guardians of the Galaxy: Cosmic Rewind opened at EPCOT, there have been a number of complaints about the flights of exit stairs. Reportedly, Reedy Creek emergency responders have attended to several incidents resulting in injured guests.

Now, after his mother sustained several injuries requiring treatment at a hospital, a WDWNT reader has reached out to share their story in hopes of warning other guests. On August 3, 2022, the two guests exited the ride. They were experiencing dizziness, a common occurrence after the spinning roller coaster.

Upon the descent down one of the flights of exit stairs, the mother was holding on to the handrail when her sneaker got stuck on the rubber flooring. She fell approximately five steps, hitting her face on the metal railing divider.

She was bleeding from the head and nose and experiencing pain. A Cast Member approached but did not have medical supplies, and none were retrieved until the Reedy Creek Fire Department arrived about 15 minutes later. Passing guests offered tissues to help staunch the bleeding.

During the wait for medical assistance, guests exiting the ride continued to descend the stairway past the injured woman, and while the guest reported that the Cast Member seemed concerned, no other assistance was offered.

The guest noted that the Reedy Creek responders did a good job providing care for his mother. One of the paramedics told him that they dislike the Cosmic Rewind exit because of the safety risks and that his mother’s injury was the fourth in that particular section, including broken ankles.

The woman was transported to a local hospital. The doctors there assessed and treated her for a deep laceration under her eyebrow, a fractured nose, a fractured thumb, a fractured ankle, and bruising on her limbs.

Have you ridden Guardians of the Galaxy: Cosmic Rewind? Let us know your experience with the exit stairs in the comments.

Next
New Loki Chalice Debuts at the Disneyland Resort