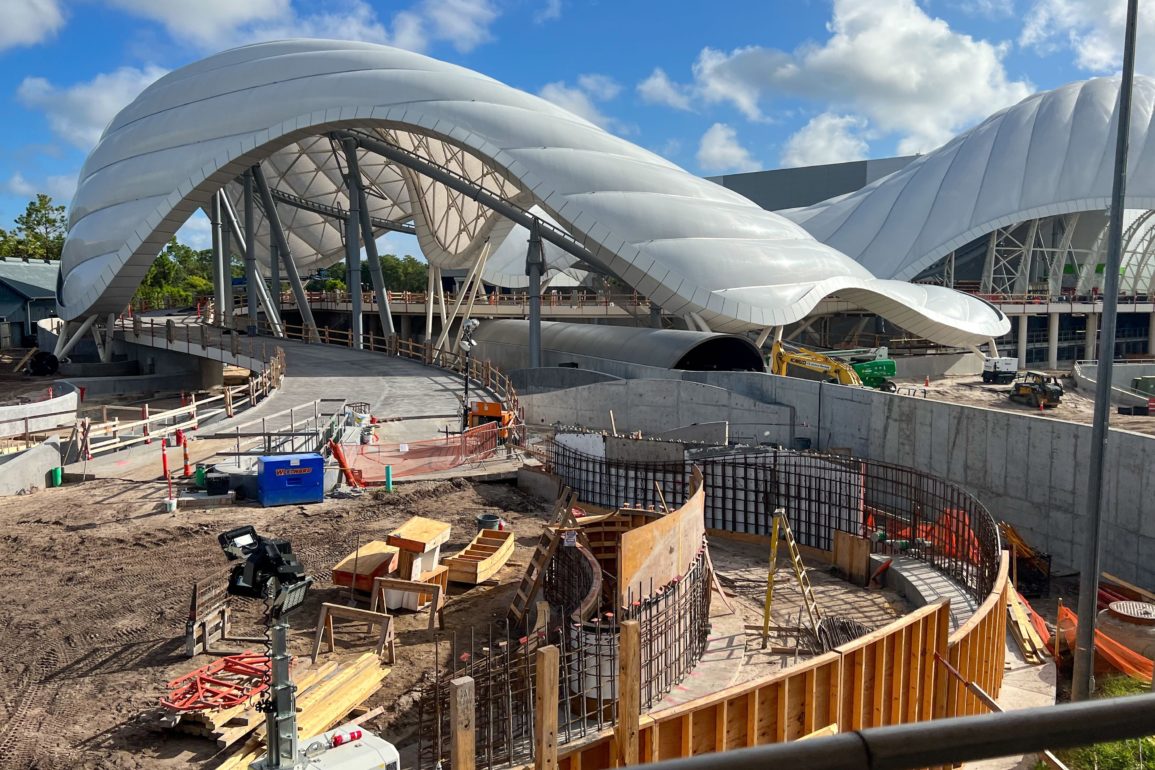 Greetings, programs! Work is still progressing steadily around TRON Lightcycle / Run in the Magic Kingdom, so let’s take a look at what’s new!

Since our last visit, more of the walls near the pathway leading to the future attraction have been encased in concrete.

The latest efforts seem to be focused on the outer wall, furthest from the pathway on the right.

Meanwhile, over on the left, dirt seems to have been smoothed over, possibly in advance of paving.

Meanwhile, the pathway that travels under the Upload Conduit looks close to being fully paved.

Over by the entrance, a construction vehicle was parked under the archways, not far from an element that looks like a laser to transport guests into the Grid.

Of course, there’s plenty of work going on over at Tomorrowland Light & Power Co. as well. More tarps cover the framework of an extended awning, leaving less exposed to the elements.

The shop is currently closed as the refurbishment intensifies.

Some parts are still exposed, however, especially this corner at the front of the building. The awning still looks short in this section, which means a new portion will likely be added soon.

The rear corner is also exposed, though it looks like it’s already been extended, with beams extended to the ground.

Finally, we saw the lights were on in the Walt Disney World Railroad tunnel. Track has already been installed, though it looks like it’s still waiting for sleepers (the slats that run underneath the rails).

With training to reopen the railroad already underway, it’s likely guests will soon be able to see what’s going on even closer than ever.