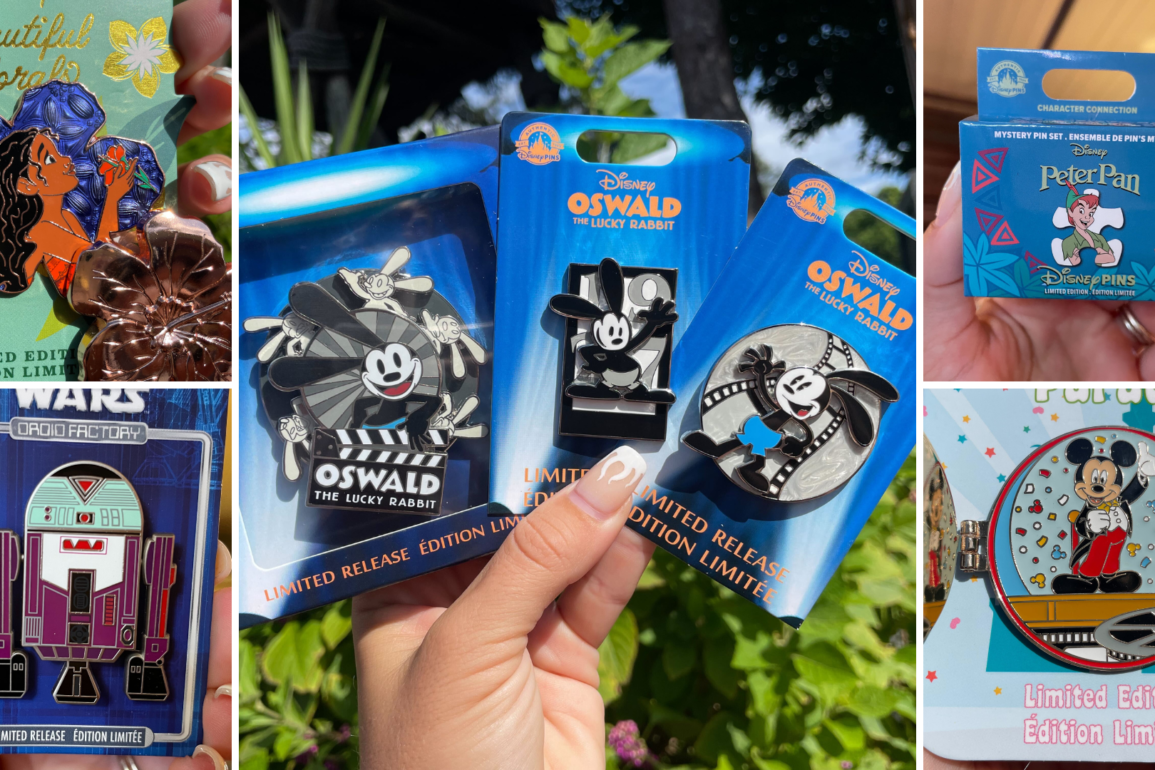 We found three Limited Release Oswald the Lucky Rabbit pins! This one shows Oswald in blue shorts waving hello in front of a film reel.

This black and white pin showcases Oswald in front of the numbers “1927”, signifying the year Walt Disney created Oswald.

This larger pin shows Oswald holding a production slate that says “Oswald the Lucky Rabbit”. The circular piece behind him has multiple all-white iterations of Oswald — and it spins!

This droid resembles a skeleton…

What do you think this droid looks like? Maybe a green monster?

There is also this stand-alone pin that is a limited release pin- it shows a droid that resembles a vampire!

This Limited Edition pin set is a mystery set where you can pull one of ten possible pins.

Each pin shows a different character (or characters) from Peter Pan. If you collect all ten they come together as one puzzle!

A new pin in the “Beautiful Florals” pin set has arrived: Moana!

A golden tropical flower can be rotated to reveal a beautiful portrait of Moana! This Limited Edition pin is a limited run of 4000.

This pin opens to show Mickey Mouse in a snow globe! This is an homage to the Share a Dream Come True Parade that ran from 2001 to 2006, which had characters inside giant snow globes!

Are you planning on trying to add any of these Limited Edition or Limited Release pins to your collection? Let us know in the comments!

Next
NEW ‘The Skeleton Dance’ Merchandise Debuts at Disneyland Resort