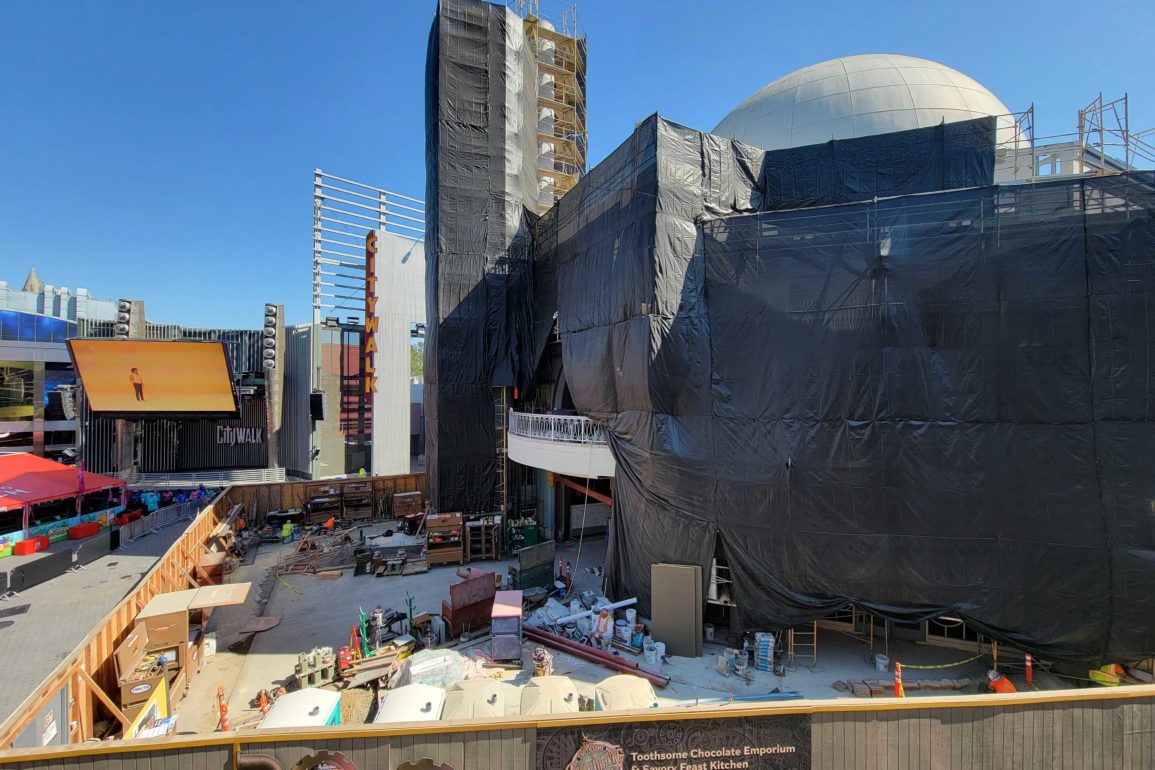 Though most of the building remains covered in scaffolding and black scrim, we can see some construction updates on Toothsome Chocolate Emporium & Savory Feast Kitchen in Universal CityWalk Hollywood.

The steampunk restaurant already exists at Universal Orlando Resort and is “coming soon” to Universal CityWalk Hollywood. An opening timeframe hasn’t been announced.

One of the towers in front of the building has been encased in white concrete.

These will likely be smokestacks, just like at Florida’s version of the restaurant.

A balcony looks out over the building’s entrance.

New pavement has been installed since our last construction update, when the ground was just dirt covered in a framework of rebar.

For an idea of what Toothsome offers, read our review of their Mardi Gras milkshake in Florida from earlier this year.