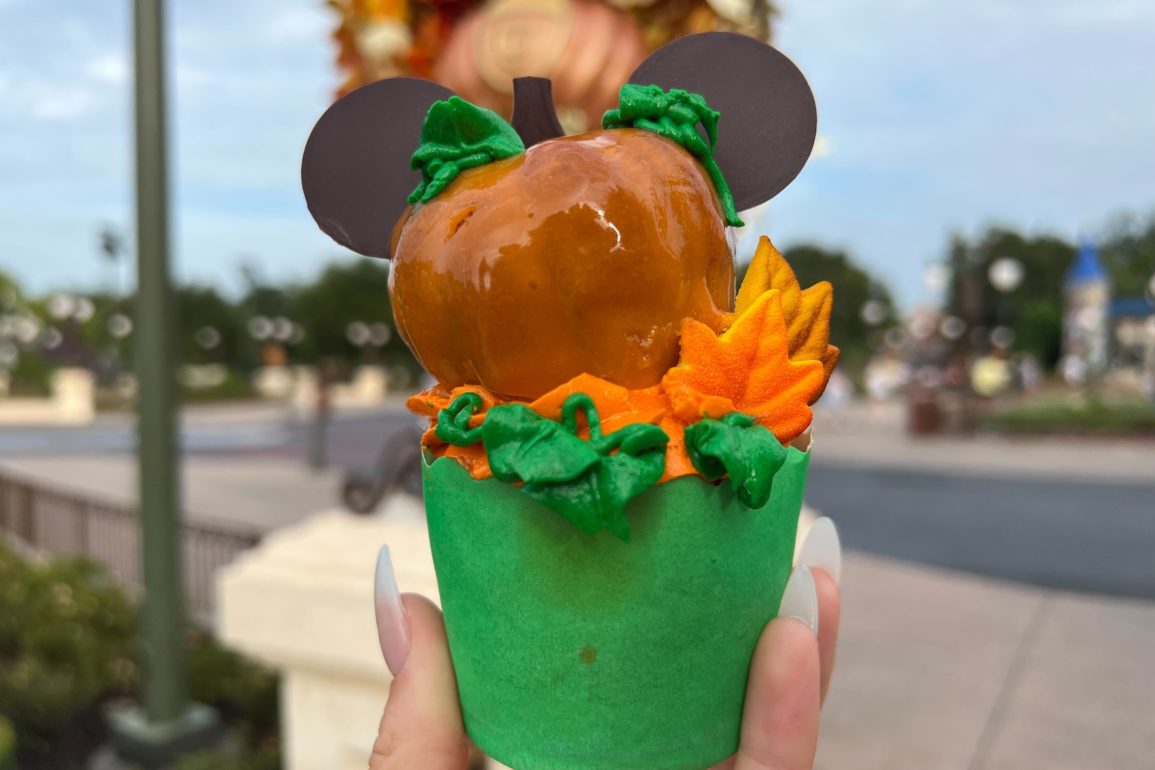 REVIEW: Oh, My Gourd Cupcake Brings Pumpkin Spice and Everything Nice to Magic Kingdom for Halloween

If you’re looking for an autumn treat that’s not-so-scary, the Main Street Bakery at Magic Kingdom has you covered. The Oh, My Gourd Cupcake offers classic fall flavors in a picture-perfect pumpkin.

You can also get the classic Mickey cinnamon roll with orange-colored icing. It is still being served with a 50th anniversary chocolate medallion.

The pumpkin on top is the same pumpkin spice cupcake as the base. The orange frosting in between cake layers is your basic vanilla buttercream. The cinnamon cream cheese icing is inside of both the top and the bottom cupcake.

The orange glaze on the pumpkin is like gel icing.

The leaves are made from sugar.

The cupcake is moist and delicious. It is very similar to the Starbucks pumpkin bread, so if you love that, you’re going to love this.

We wish there was more of the cinnamon cream cheese icing inside, as there was very little of it. They could probably do away with some of the orange and green buttercream (a warning, it stains very easily).

The dark chocolate ears held up pretty well in the heat and added nicely to the flavor profile.

This was a decent amount of the cupcake as you technically almost get two in one. It’d be a great sharing size, but it topples over pretty easily if you’re not careful.

The pumpkin and spices were perfect, and it was nice and moist. We would probably get this again, but if you want to skip all the icing, just stick with the Starbucks pumpkin bread. It’s less expensive, and you won’t get a sugar rush.

This treat is available during regular park hours and Mickey’s Not-So-Scary Halloween Party.