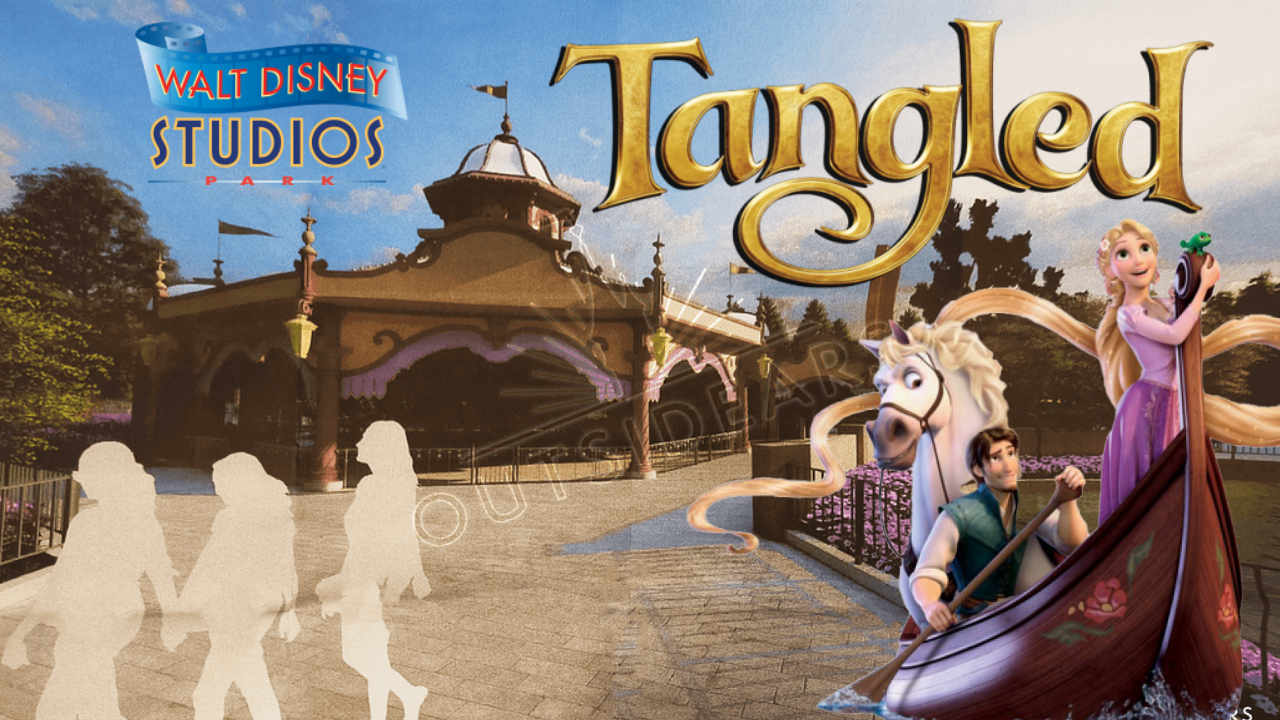 It’s hard to believe it was already 3 years ago when we first reported that a “Tangled Round Ride” would be an attraction added in the massive expansion of Walt Disney Studios Paris. While the plans have continued to shift, most notably with the cancellation of plans for a Star Wars: Galaxy’s Edge, this flat ride themed to the 2010 Walt Disney Animation Studios film Tangled seems like it is moving forward and will likely be announced at the D23 Expo 2022.

Thanks to our friends at Outside Ears, we finally have publicly released plans for the new ride:

The new attraction will be a “spinner” ride similar to the Mad Tea Party (or Mad Hatter’s Tea Cups for those who frequent Disneyland Paris), but replaces the tea cups with wooden boats that spin around hundreds of lanterns. This will recreate what has to be the most famous scene from “Tangled.” It is rumored that the ride system will be ordered from manufacturer Zamperla.

Tangled Round Ride will face a small pond to reflect the lighting and should look especially amazing in the evening. There will also be new restrooms located between this area and the existing Toy Story Playland.

The area has a number of Art Nouveau elements to match the already announced table service restaurant that will reside on the lakeside promenade at the park, which will also lead to the still-being-built Frozen themed land nearby.

Of course, another Rapunzel attraction is already under construction for Fantasy Springs at Tokyo DisneySea and should open before this one, making it the first Tangled ride on Earth.