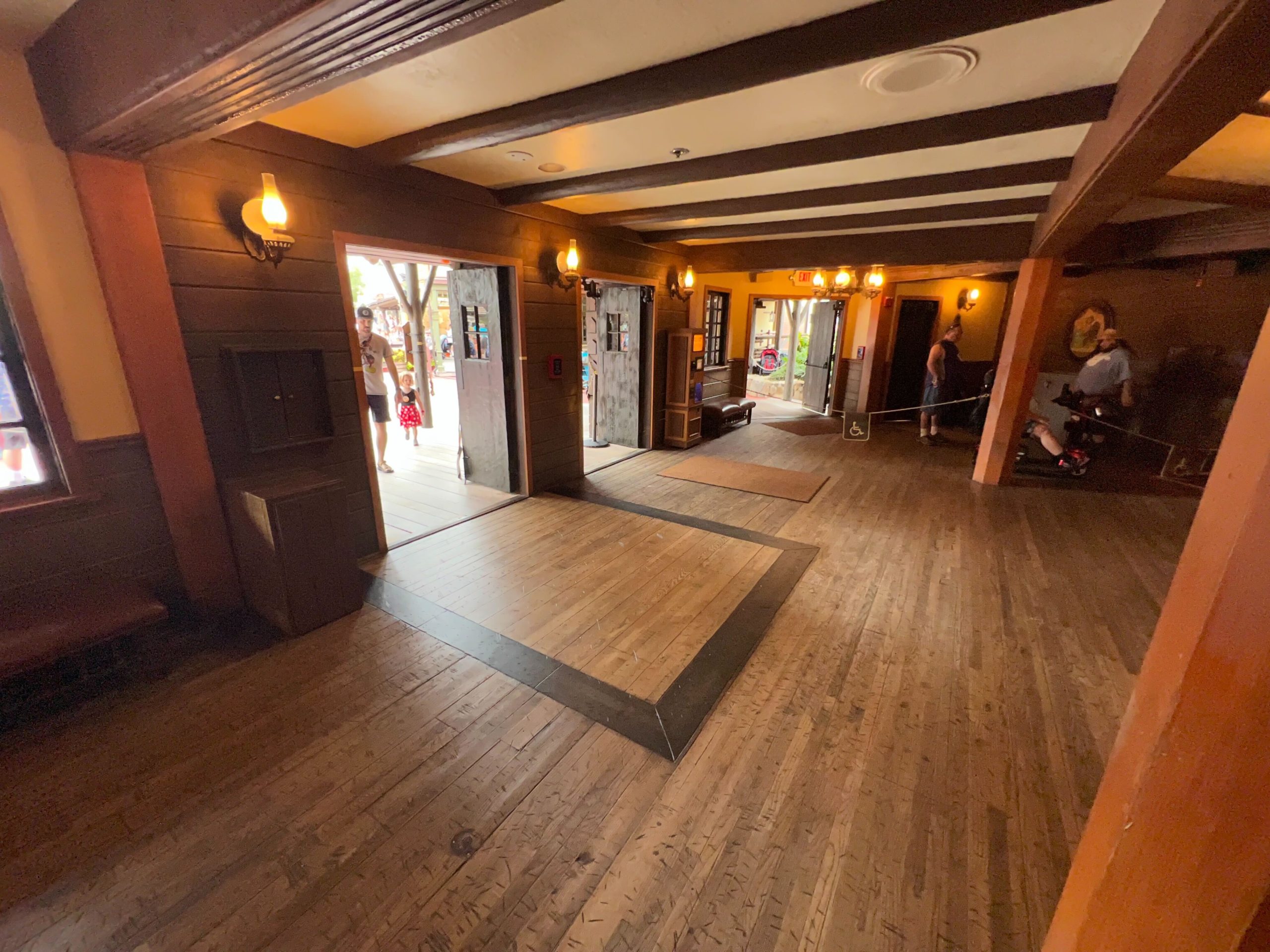 Earlier this year, Walt Disney World started removing the archaic turnstiles from ride entrances around the park. Attractions like Walt Disney’s Carousel of Progress have seen their entrance spaces opened up thanks to this change, and now the Country Bear Jamboree is wide open too!

Walking into the opening day attraction in Frontierland, we see now a clear entrance with none of the former turnstiles or the bars with surrounded them remaining.

The flooring has been replaced and remains slightly raised over the rest of the lobby, but now the entrance to Country Bear Jamboree is open and clear, a victory for making the show even more accessible to the handicapped.

Turnstiles of this nature were common in the earlier days of Walt Disney World, used to count the number of guests entering an attraction and collect ride tickets.

How do you feel about this change? Let us know in the comments below!