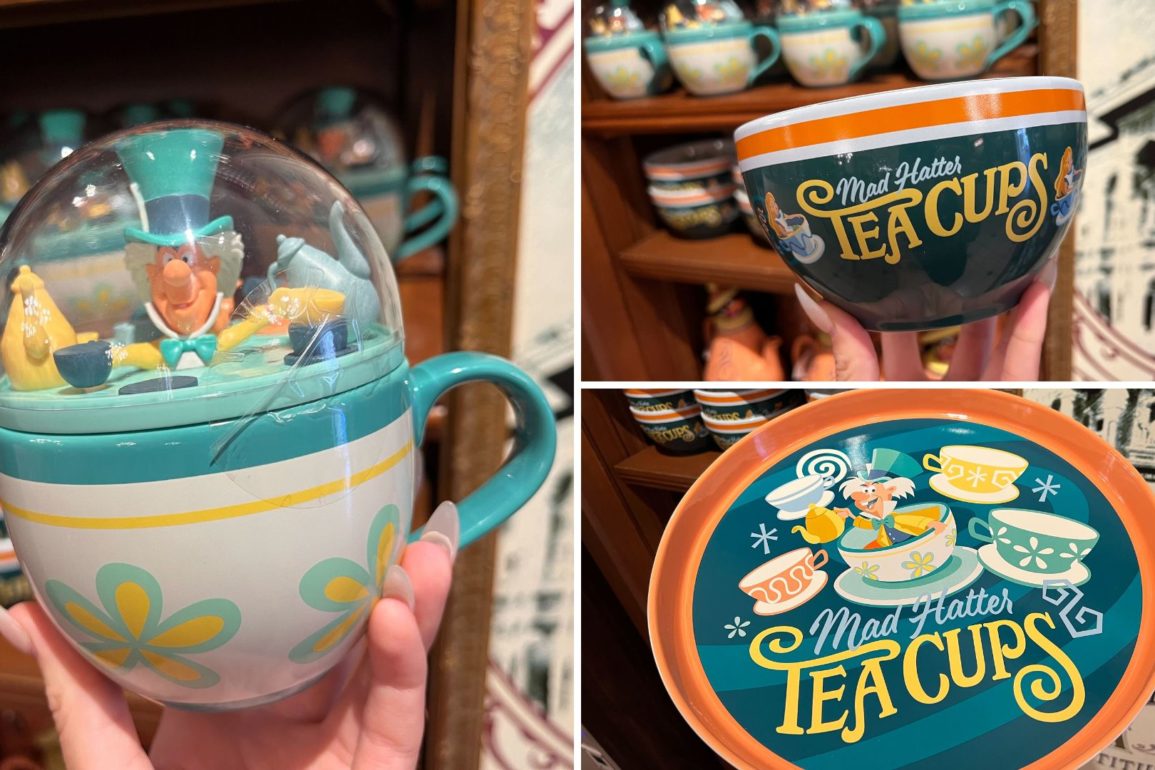 In addition to the new Loungefly teacups bag, Walt Disney World has some “Alice in Wonderland” teacup-inspired kitchenware. We found these items in the Emporium at Magic Kingdom, as well as throughout in Walt Disney World in World of Disney and Creations Shop.

This tall mug is dark green and, like most of the merchandise, reads “Mad Hatter Teacups” in curly letters.

It features the Mad Hatter, Alice, and the March Hare in spinning teacups, like Mad Tea Party.

The inside is teal green and it has an orange handle.

This stoneware tea cup is topped with a domed lid featuring the Mad Hatter with his own tiny teacups and teapots.

The cup itself is white with a blue-green handle and brim.

Yellow and green flowers are around the outside.

This bowl is dark green with a white brim and orange stripe.

The inside is white, with images of teacups and swirls around the sides.

This serving tray has dark green swirls at the center and an orange edge. The Mad Hatter is in a spinning cup, with four other teacups around him.

The edge is raised, so whatever you’re serving won’t slide off.

This purple teacup-shaped mug features silhouettes of Alice and the other characters from “Alice in Wonderland.

What item in the new teacups collection is your favorite? Let us know in the comments.