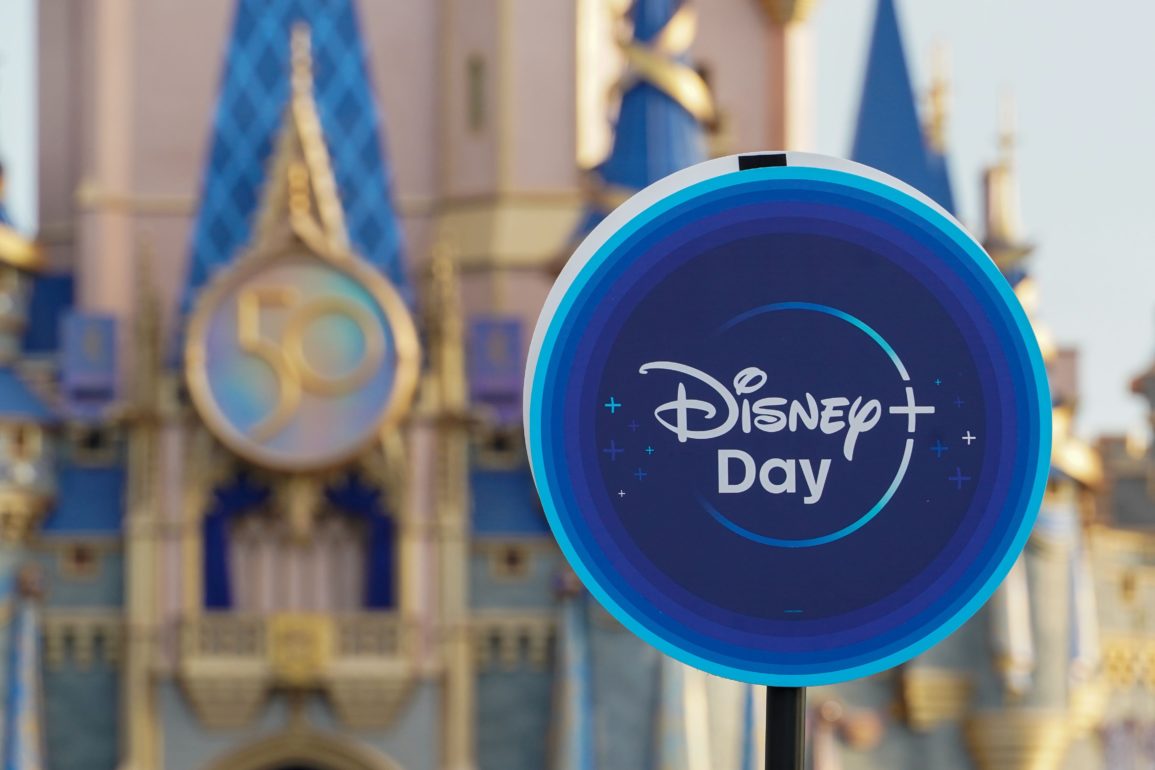 Disney+ Day has arrived, and the celebration is happening all over Walt Disney World with special décor, photo ops, and more. Let’s take a look at how the theme parks are getting in on the fun!

As Disney+ subscribers were allowed early entry, guests were directed to either Adventureland or Liberty Square.

Signage was also up to indicate the early entry, with a QR code directing guests to log into their account.

When we scanned it on our phones, it took us to the Disney+ app.

Beyond those small touches, it was mostly a normal day in the Magic Kingdom.

The center of the Disney+ Day festivities proved to be Disney’s Hollywood Studios. In front of the entry plaza, two special backdrops were up as a special photo opportunity for guests.

The early entry signage was easily found as guests lined up to enter.

The lines for early entry were rather long as guests waited to enter.

Guests may have been so focused on getting in that they missed the blue carpet (well, a decal of a blue carpet, anyway) rolled out underneath them.

Inside the park, Hollywood Boulevard was lined with Disney+ Day banners with stars of some of its biggest shows, including this one featuring Boba Fett.

Near Echo Lake, filming was taking place for something involving Mickey and Minnie Mouse, both sporting their EARidescent outfits for Walt Disney World’s 50th anniversary.

The set was surrounded with blue and white balloons, evoking Disney+’s color scheme.

Walking up to the Chinese Theatre, the path was lined with Disney+ Day flags.

Nearby, a large sign was out for the occasion.

It certainly seemed like a popular spot, with lines stretching out of the entryway.

Later in the day, entry was far calmer, allowing the blue carpets to be seen more clearly.

Much like at the Magic Kingdom, little was done at EPCOT during the day, aside from early entry signage.

At night, Spaceship Earth and the fountain in front of it were lit up blue.

In addition to all the decorations, Disney+ Day has been full of special moments, including free ear hat and button giveaways, a character cavalcade, and more!