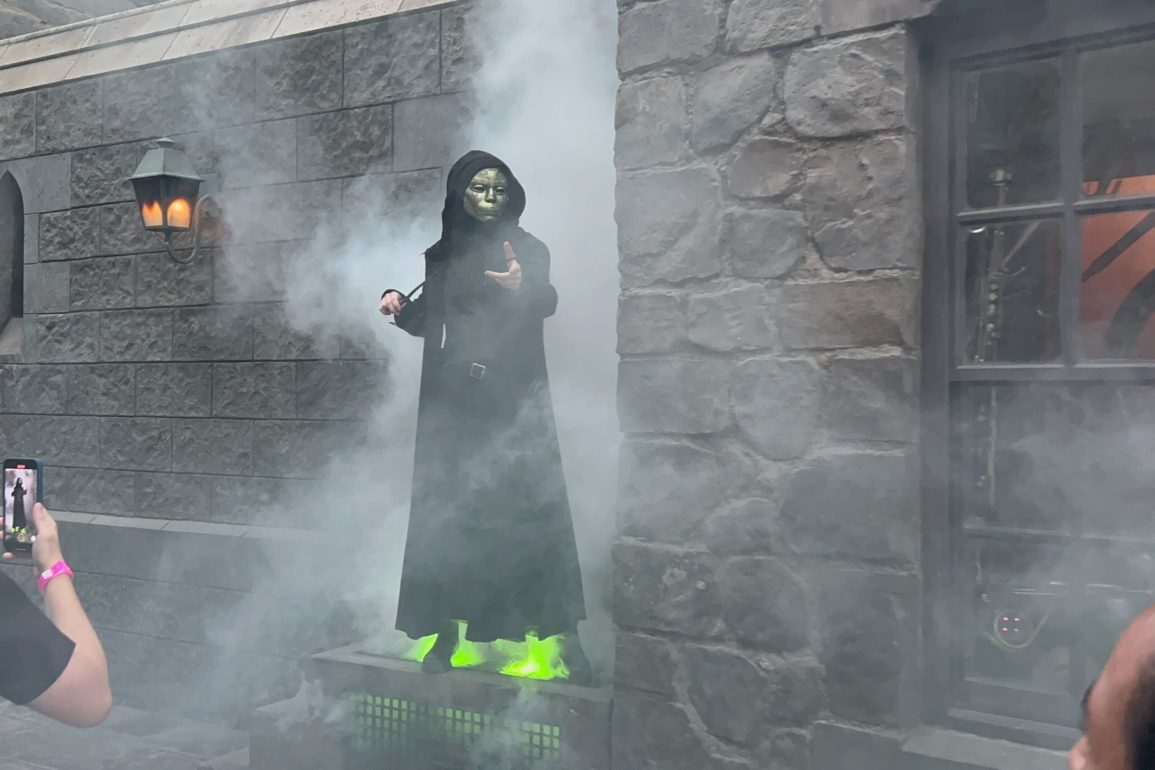 Death Eaters are appearing in their own scare zone throughout The Wizarding World of Harry Potter at Universal Studios Hollywood during Halloween Horror Nights 2022.

You’ll catch the cloaked followers of Voldemort roaming around the land as well as in set areas.

They have metallic masks and are searching for more Voldemort loyalists.

Some of the Death Eaters are lit with green light, like the light that appears during the Killing Curse.

They are also surrounded by fog, cloaking them as they emerge from the shadows.

Watch our video of some of the Death Eaters below.

Previous
FIRST LOOK: Walt the Dreamer Statue on Display at D23 Expo Ahead of Arrival at EPCOT