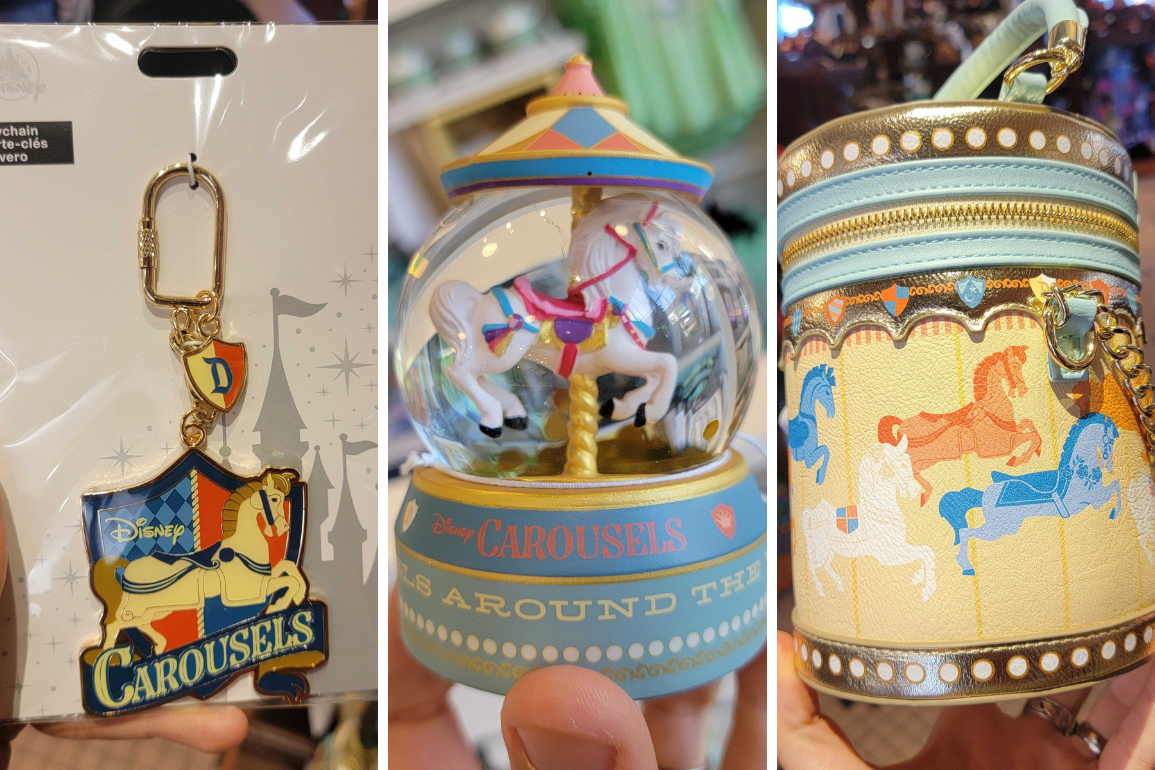 No matter where you are, there’s nothing like a ride on a classic Disney carousel. Now, these attractions are being celebrated with the Disney Carousels collection available at the Disneyland Resort!

First up is this snow globe, which features a carousel horse on a golden pole.

The light blue base features the Disney Carousels logo in pink above the phrase “Carousels Around the World.”

The horse sports a pink and purple saddle, accented with a light blue headpiece and pink reins.

The look is completed with a top resembling the tents that each carousel runs under.

When shaken, gold circular confetti dances around the globe.

We found this at WonderGround Gallery in the Downtown Disney District.

If fashion accessories are what turn you around, there’s this Loungefly handbag which features horses from carousels at Disney Parks around the world in two-toned patterns of blue, red, and orange.

A Disney Carousels charm is found on the zipper.

The white horse has a saddle with a crest that resembles the logo.

The interior is lined with carousel horses, and crests with crowns, blue and cream-colored stripes, and the top of the tent, which vaguely looks like Sorcerer Mickey’s hat.

We found the keychain and the handbag in the Emporium at Disneyland. Of course, if you prefer a little more mouse in your merchandise, check out the Prince Charming Regal Carrousel offerings from Mickey Mouse: The Main Attraction!