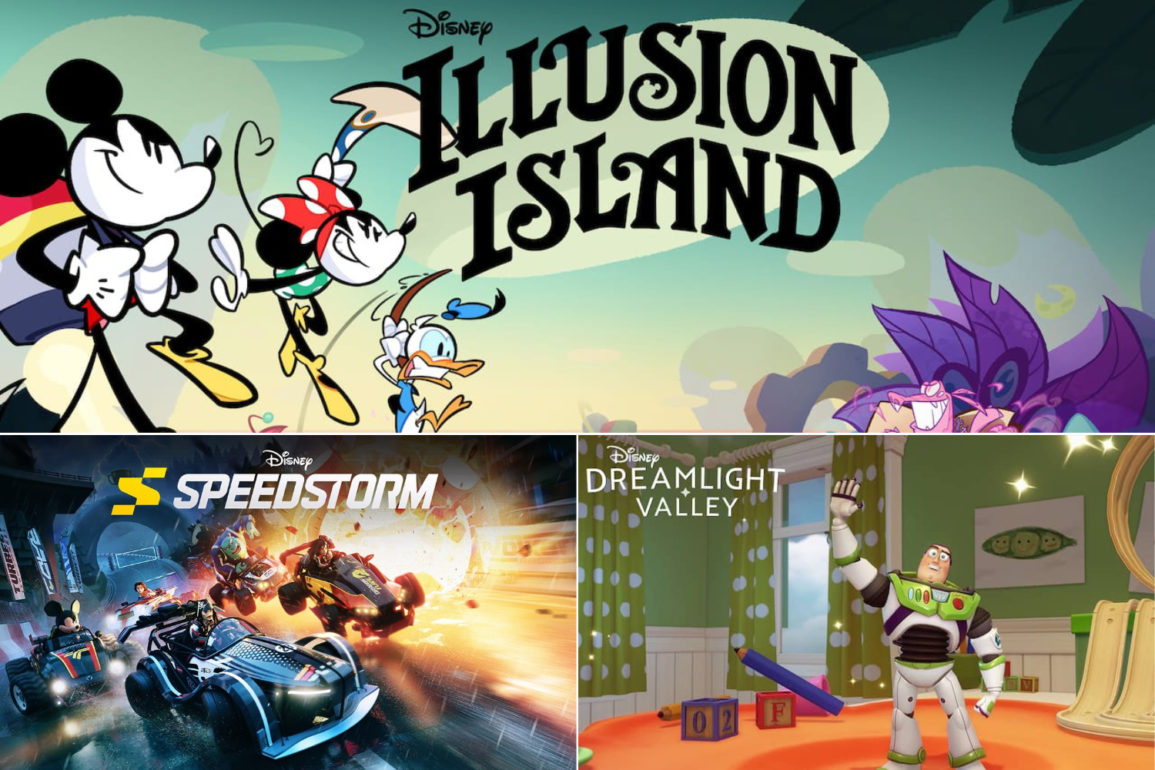 Announcements are pouring out of D23 Expo 2022, which goes on through Sunday in Anaheim. And the latest news relates not to parks, but games! Specifically, we caught wind of two new Disney-themed games along with the first DLC pack for the new “Disney Dreamlight Valley”, which is currently in Early Access.

Coming exclusively to Nintendo Switch in 2023, “Disney Illusion Island” is a classic platformer starring Mickey, Minnie, Donald, and Goofy. The Fab Four have been summoned to the mysterious island of Monoth to embark on a dangerous mission. Three magical Tomes – powerful books used to protect the island – have been taken, throwing Monoth into chaos! Vowing to be the heroes Monoth needs, Mickey & Friends set off on a perilous quest to explore this vast, unknown world to recover the mystical books. But the journey will not be easy, and with intrigue afoot, not everything is what it seems on this “Illusion Island”!

Choose your favorite character – Mickey, Minnie, Donald, or Goofy – and embark on a grand adventure solo or grab up to three friends in this cooperative 2D adventure platformer. Run, swim, swing, and jump your way through the beautifully hand-crafted world and discover rich biomes and environments as you try to save the world from disaster! Unlock powerful abilities, solve fun puzzles and take on epic boss battles, discover hidden secrets, and meet a cast of original characters as you travel through the never-before-seen island of Monoth.

Its been a while since “Disney Speedstorm” was revealed, and we previously were promised a summer 2022 debut, but summer has come and gone with no update on the free-to-play kart racer. Fortunately we got a new trailer at D23 Expo featuring a small sample of gameplay.

The new trailer follows the Monsters, Inc. racers through courses both from their film and others in the Disney universe. “Disney Speedstorm” will be available for PlayStation 5, PlayStation 4, Xbox One, Xbox Series X/S, Nintendo Switch, and PC.

The already-popular life simulator akin to “Animal Crossing” is set to receive its first DLC while the game is still in early access. The new expansion features the world of “Toy Story”, where Woody and Buzz Lightyear both need your help! Step on through to the “Toy Story” realm where you’ll find yourself shrunk to toy-sized in Bonnie’s room where Buzz and Woody mistake you for a toy too! To invite them to live in your Valley, you must help Buzz and Woody complete three special quests and learn what being a good toy is all about.

“Disney Dreamlight Valley” is available to play in Early Access today with the purchase of Founder’s Pack for Nintendo Switch, PlayStation 5, PlayStation 4, Xbox Series X/S, and Xbox One as well as for PC and Mac.

Next
First Look at “Wish,” the Story of the Wishing Star, Coming in 2023