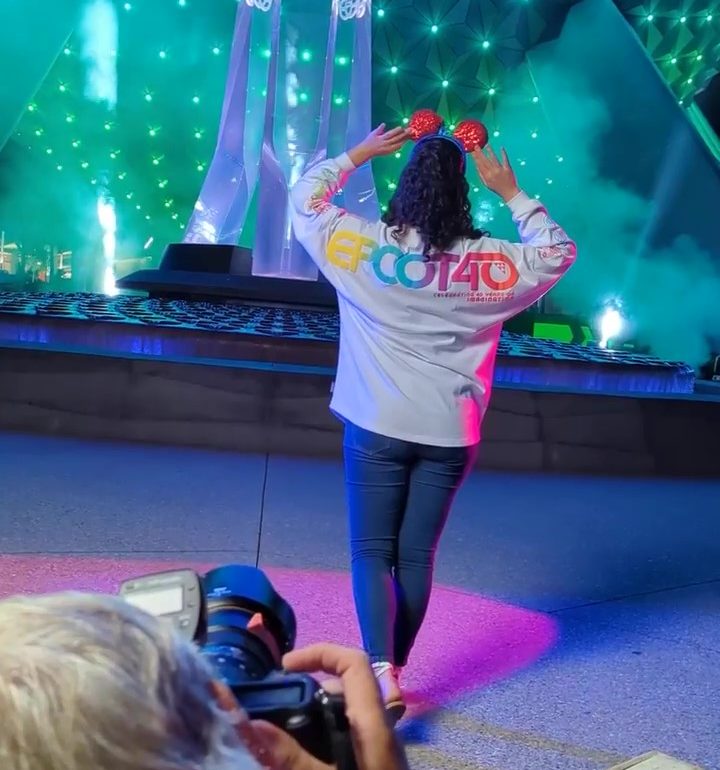 With just a matter of days left before EPCOT’s 40th anniversary, Disney has released a teaser of some of the new merchandise that will debut for the special occasion.

Included in video were looks at a Spirit Jersey, which will feature the “EPCOT 40” logo in a rainbow of colors, as well as a button-down shirt.

Another glimpse showed off a Minnie ear headband with a rainbow bow and magenta ears, as well as a Loungefly mini backpack with the outline of Spaceship Earth in white serving as the front pocket.

There will also be short- and long-sleeved shirts for adults and children, with at least one item featuring the pavilion logos.

The teaser came as part of a Disney Parks video on Instagram, showing off the work that goes into a photo shoot. A few glimpses of apparel could be seen, with a more formal release set to come. Last month, we got a first look at several collections of pins created for EPCOT’s 40th.

REVIEW: We Tried Everything on the Menu From Stark Factory in Avengers Campus at Walt Disney Studios...July 17, 2022
REVIEW: Snow White Cupcake Returns to Walt Disney World for World Princess WeekAugust 25, 2022
PHOTOS: More Piles of Dirt at Journey of Water Inspired by 'Moana' in EPCOTJanuary 29, 2022