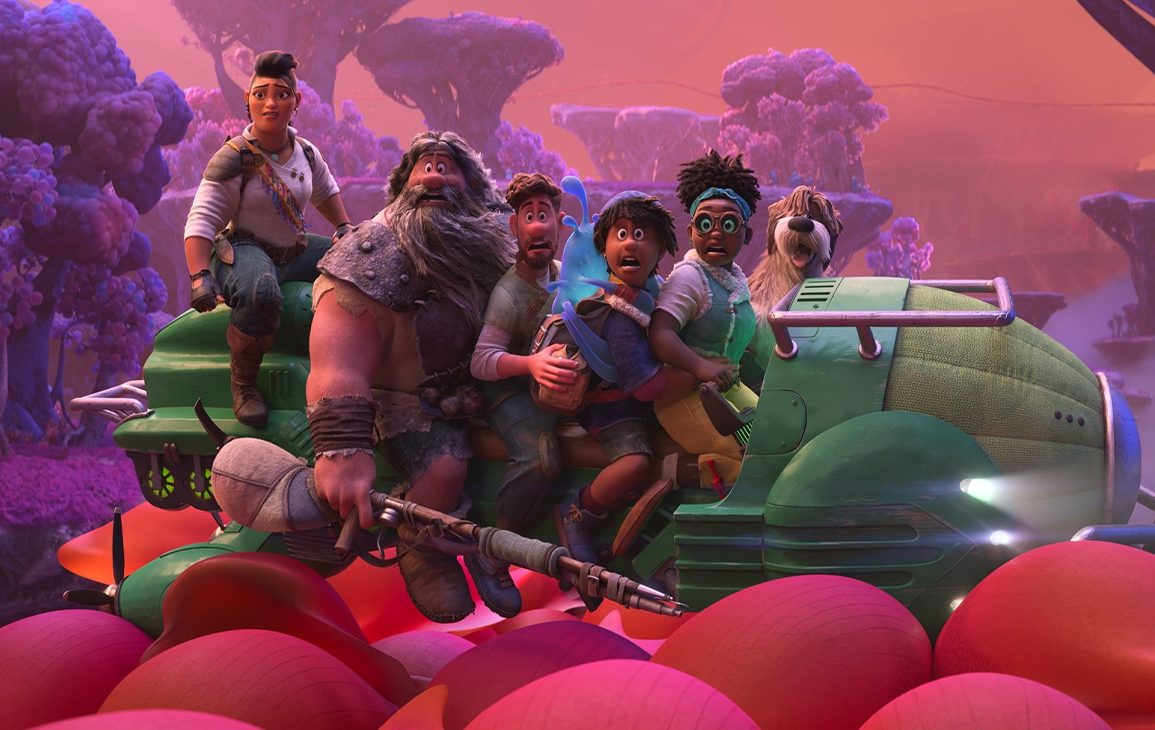 At this year’s D23 Expo, Disney gave fans an extended sneak peek at their upcoming animated feature, “Strange World.” Now, the official trailer has been released to the public.

This action-adventure journey follows a world-famous family of explorers, however along the way, their differences threaten to derail – and almost topple – their most crucial mission to date. The story follows the Clade Family as they journey deep into an unchartered and treacherous land inhabited by fantastical creatures. The family is joined by a devilish blue blob, a three-legged dog, and others as they make their way in this strange and wondrous land.

Jake Gyllenhaal (“The Guilty,” “Spider-Man: Far from Home”), who is starring in his first Disney animated feature lends his voice to Searcher Clade, a farmer and the son of a steadfast explorer who finds himself thrust into an adventure in an unusual world. He is joined by an all-star cast, including:

Deadline reported that Gyllenhaal said, “I’ve always wanted to be in a Disney animated movie so it’s kind of a dream come true.”

Quaid joked that playing Searcher’s father was completely different for him. He said for one thing “he’s got huge calves.”

Aside from this being the first Disney film Gyllenhaal is in, the film has another first – it features the first openly gay teen romance storyline.

According to Deadline, in France “Strange World” will bypass a theatrical release and head directly to Disney+ due to the country updating its theatrical windows in the beginning of this year.

A studio spokesperson said to Deadline in a statement, “Strange World will be available to all Disney+ subscribers in France, foregoing a French cinematic release. While we support French cinema — and have for decades — the new, cumbersome media chronology is anti-consumer, ignoring how behavior has evolved over the last several years and puts us at increased risk for piracy. We will continue to make decisions on a film-by-film basis and according to each market’s unique conditions.”

“Strange World” is Disney’s 61st animated film produced by the studio and the first to use the Disney100 castle logo, in honor of the 100th anniversary of The Walt Disney Company.

Let us know in the comments below if you are excited to see this new animated feature.