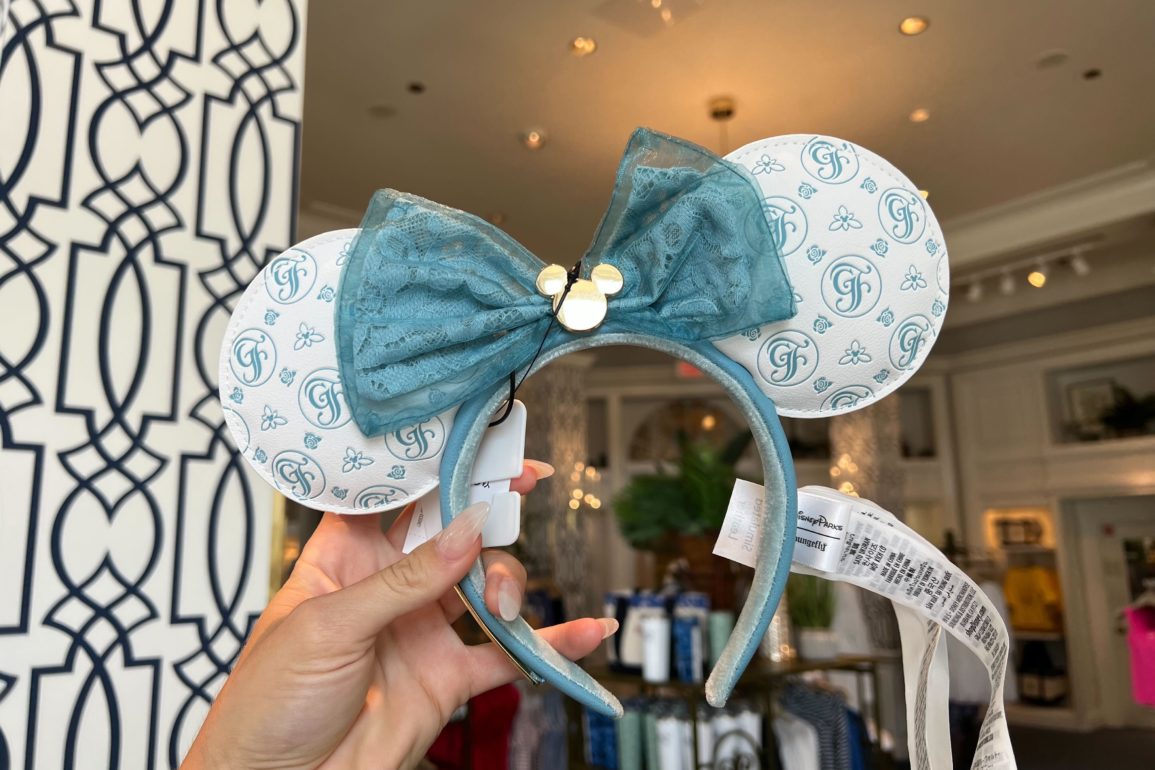 The headband itself is blue, while the ears are white imitation leather.

The bow in the center is blue lace. It is adorned with a golden Mickey Mouse head.

The ears have the Grand Floridian logo all over them, surrounded by flowers (with some hidden Mickeys).

On the left side of the headband is a placard stating “Disney x Loungefly.”

The back of the ears has the same pattern as the front.

The other side of the headband reads “Disney’s Grand Floridian Resort & Spa.”

Will you pick up the Grand Floridian ears? Let us know in the comments below!